A lack of government regulation isn’t just bad for consumers. It’s bad for the field, too. 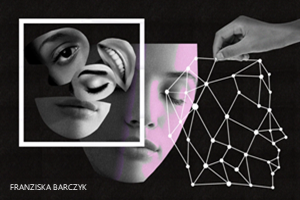 Perhaps you’ve heard of AI conducting interviews. Or maybe you’ve been interviewed by one yourself. Companies like HireVue claim their software can analyze video interviews to figure out a candidate’s “employability score.” These assessments could have a big effect on a candidate’s future. But many of these promises are unsupported by scientific consensus. There are no strong, peer-reviewed studies proving that analyzing body posture or facial expressions can help pick the best workers. The hype worries the researchers. Many agree that their work–which uses various methods (like analyzing micro-expressions or voice) to discern and interpret human expressions–is being co-opted and used in commercial applications that have a shaky basis in science.

An Illinois law regulating AI analysis of job interview videos went into effect in January, and the Federal Trade Commission has been asked to investigate HireVue (though there’s no word on whether it intends to do so).

Meredith Whittaker, a research scientist at NYU and co-director of AI Now, emphasizes the difference between research and commercialization.”We are particularly calling out the unregulated, unvalidated, scientifically unfounded deployment of commercial affect recognition technologies. Commercialization is hurting people right now.” (HireVue did not respond to a request for comment.)

We’ve torn down and examined the video interview before, and HireVue’s version in particular. We keep doing it because it just keeps getting worse. Now, during the time of COVID-19, you’re going to have to do video interviews — no getting around that. But what kind of video interview you subject yourself to is another matter.

If an employer wants to meet over Zoom or Webex, that’s one thing. But if they want you to record a robo-interview video so that an A.I. (artificial intelligence) algorithm can then “analyze” your expressions, tone and body language to judge your “employability,” you need to hit the PAUSE button. The researchers behind this technology say it’s bogus to use it for job interviews and are calling for consumer protections. Maybe you should tell the employer that MIT says so. Then offer to do a Zoom meeting, maybe without video.

Are you willing to be judged by algorithms that A.I. researchers say should not be commercialized for job interviews? How do you say NO? What does it mean that MIT Technology Review, and possibly the Federal Trade Commission, are taking on this $25 billion industry? And what do leading HR executives who rely on  HireVue and other such systems have to say about all this?