The end of non-compete agreements?

The end of non-compete agreements nationally 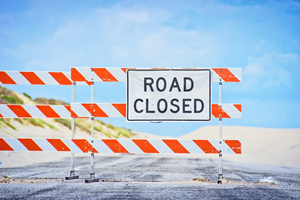 The epidemic use of non-compete agreements has gotten out of control and too many employees have needlessly and financially suffered under this onerous default management practice. The end of this BS employment practice has now arrived!

Non-compete agreements were created by employers for employers. Roughly half of private-sector businesses require at least some employees to enter NCAs, affecting some 36 to 60 million workers. Employees never had a chance to negotiate these agreements.

[President Biden’s] Executive Order banning non-compete agreements marks the beginning of the end of abusive management practices that has enveloped the nation’s workforce since the founding of this country.

We have discussed NCAs here many times, including advice about how to negotiate NCAs. If you’re lucky, you’ve never had to contend with the kind of corporate extortion these agreements represent. It seems the end is near for NCAs, though it seems the Federal Trade Commission still must go through a rule-making process.

Have you ever been under an NCA? Did you have a choice about signing it? How did it affect you? Have you ever refused an NCA? What was the result? Maybe you’re an employer and would like to defend NCAs. We’re listening! The times they are a-changin’!