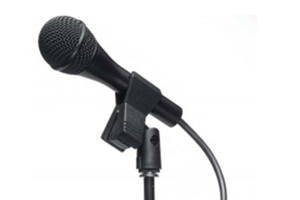 I started Ask The Headhunter many years ago as an “open mic” and invited anyone with a job search problem (as well as managers, HR, and recruiters with hiring problems) to post their questions. At that time, I was answering 20-30 questions per day on a massive, free-flowing discussion board. (Yah, my fingers hurt and the letters wore off my keyboard.)

Since then, I’ve answered over 50,000 questions — I really have heard it all! Nowadays I pick the best questions readers submit via e-mail, and I publish one per week along with my advice here on Ask The Headhunter and in my free weekly newsletter.

Periodically I like to open things up and let the questions fly. So, in this special edition, the mic is open to everyone —  job seekers and employers and recruiters. We’re going to tackle a lot of questions. (Yes, we.)

The open mic idea stems from webinars and live conferences I do for professionals where I make a brief presentation, then we open it up. Anyone may ask any question about a job search problem or about hiring and recruiting (or about work), and I do my best to provide useful advice on the spot.

I love doing these events because I don’t have to prepare! In fact, I can’t prepare. I have no idea what anyone will ask. I also enjoy doing it because it tests me — how much value can I deliver, to someone with a job search problem, in the space of a few minutes? (Yes, sometimes it gets messy and I sometimes get egg on my face…)

We haven’t done an open mic in quite a while. But, hey — this is called Ask The Headhunter for a reason, right?? With the economy, the job market and our daily lives almost totally upended, I know a lot of people are facing unusual situations – so let’s try to help!

Take a hot 50% OFF your entire purchase of any Ask The Headhunter PDF books — including all the Fearless Job Hunting books! This week only! Click here to order and use discount code HOTDAYS at checkout. Limited time offer subject to change without notice.

I will do my best to answer any and all questions you post in the comments section below this column on the website.

What’s your problem? Please post it and we’ll tackle it. (To get an idea of how I view job search and hiring overall, please check The Basics.)

I expect (and invite!) everyone to chime in and offer advice. The more suggestions and discussion, the better. Your advice is often better and more insightful than mine, so please share it!

What’s your question? What job search problem or challenge are you facing? Employers are welcome to post questions about their recruiting, hiring and HR problems, too.