Interview ON: How to interview for 1,500 jobs

In the May 1, 2018 Ask The Headhunter Newsletter, new technology levels the playing field between employers and job applicants. Enter the job seeker’s best new friend! Interview ON!

For over 20 years the Internet and job boards have made it possible to maximize our chances of landing a new job because those jobs databases enable us to apply for 1,000 jobs instantly with the press of a key. Some “intelligent job agents” will even retrieve and e-mail me hundreds of matching jobs without my having to do anything but sign up.

But no one has solved the problem of how to actually get in front of loads of employers all at once to interview with them at high speed and in large numbers. It doesn’t matter how many jobs you can apply for. The real challenge is to be able to respond to all those recruiters who contact you, and to have lots of interviews quickly. Is there anything on the horizon? 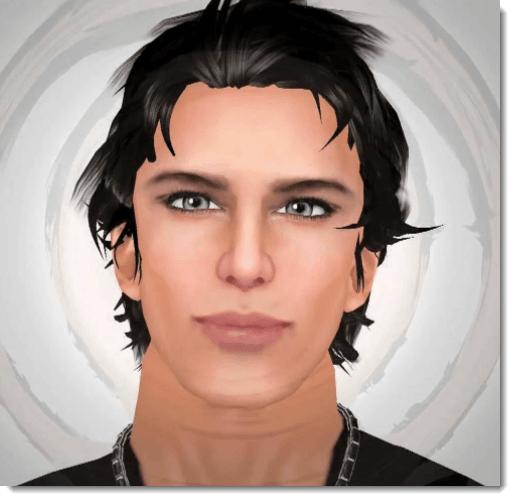 Hold on to your seats — it’s here. A new start-up company has created a new way to help job seekers navigate the job market at incredibly high speed. The technology is called Hank, and he enables you to interview for a job with as many as 1,500 companies in a single work day. He sits for screening interviews on your behalf with potential employers at a rate that would take most job seekers months to match.

He even sends customized follow-up e-mails back to his interviewers.

Perhaps more attractive — as far as his job-seeking clients are concerned — is that Hank works full-time for free and never yells at annoying recruiters.

Your job-hunting avatar does your interview

Hank’s secret: he’s not human. Officially known as “Avatar Hank,” the master job applicant is an artificially intelligent software technology that uses machine learning, allowing him to refine his conversational skills with more practice. At the moment, Hank is being used by several hundred job seekers to simplify the ongoing hunt for new jobs, according to Alex Kotts, who co-founded Avatar Hank with several partners in 2017.

“We wanted to create something that functioned like Uber for job seekers, but instead of calling a car, a person would be able to call a pool of companies to get a job,” said Kotts. “Right now, we have several hundred job seekers using Avatar Hank, which means Hank is doing about 50,000 interviews a day.”

Hank has the ability to speak at different speeds and sound like a man or a woman, depending on his job seeker’s preference. Kotts said the software is most effective for job seekers who apply to large numbers of blue-collar jobs, such as sales clerks, baristas, and construction workers, “which is where all those new jobs you read about are actually happening.”

How Hank works for you

The process starts when job seekers provide Hank with their LinkedIn profile and with titles and descriptions of the jobs they want. They can even specify which companies they want to work for but don’t have time to contact. Then Hank does the rest.

Get this: The avatar has an API (Application Programming Interface) that is linked to the leading ATSes (Applicant Tracking Systems) that employers use to interact with job applicants. These include CareerBuilder, Indeed, LinkedIn, Taleo, ZipRecruiter and half a dozen others.

Hank submits thousands of job applications directly to those systems per day. Recruiters have no idea where those applications are actually coming from — they assume it’s a human. When a recruiter responds, Hank intercepts the e-mail, “reads” it, and instantly generates whatever follow-up information recruiters demand — resumes, cover letters, references, salary requirements. The real magic is in the API access — Hank also fills out those pesky online job application forms that recruiters demand. (Talk about the job seeker’s revenge!)

When a match occurs and a recruiter actually wants to talk with the job seeker, the call is routed to Hank, who handles the conversation. This is where the technology kicks it up a notch.

In the interest of full disclosure (and of legal requirements) he says “Hi, my name is Hank, and I am an avatar. I will answer all your questions about Nick factually and completely, as if you’re talking directly to Nick. Are you still looking to fill this position?”

Kotts says, “If the answer is yes, Hank can handle the entire screening interview over the phone or by video interview. Our analysis shows that recruiters usually ask very few questions, and they’re simple, because recruiters don’t really know anything about the jobs they’re filling. We’ve programmed Hank to exploit this. Just like job postings are designed to lure the maximum number of applicants, Hank tells recruiters what they need to hear to increase his hit rate — the frequency of requests for in-person interviews.”

While the average phone screen typically lasts about eight minutes, Hank can talk for 16 minutes if necessary. He is also often able to ask pre-determined questions on behalf of the job applicant. Call analysis reveals recruiters respond best to the question, “Have I answered all your questions?”

Right now, claims Kotts, the software is able to respond accurately 82% of the time, a number the company expects to increase to 85% in the next few months. “That’s good enough for now,” said Kotts in one article, “because recruiters’ software is less than 20% accurate when picking job applicants to call.”

After the phoner, Hanks analyzes the typical interview in less than 900 milliseconds and passes promising job opportunities directly to the human job applicant in the form of a detailed report. The human, of course, makes the final decision about a job.

The technology’s primary benefit is that it saves job applicants time. Kotts said human job seekers waste hours filtering through job postings that are no longer available. He said job seekers often must answer 100 phone calls from recruiters just to find one job that’s actually a fit for them and pays their desired salary. (I think we can all corroborate that!)

One article about the Avatar Hank technology quotes a job seeker: “Recruiters waste my time. This was what drove me to try the new approach and use Avatar Hank. Now I have my own weapon!”

Kotts said Hank’s inventors have been surprised that recruiters often prefer to conduct interviews with Hank than with human applicants. “I think they feel they’re getting more accurate answers because they feel the algorithms will tell the truth.”

Kotts said, “What I see is that job seekers will begin managing AI more and more and using it as a tool to avoid wasting their time with all the tire-kicking recruiters who constantly contact them about the wrong jobs. Hank gives job seekers automation to respond to the automation used by employers and recruiters. Hank levels the playing field.”

Kotts is circumspect about how employers in general will react when Hank is rolled out in three months to Facebook’s 2.2 billion members worldwide. Will recruiters interview Hank instead of a human?

“What are they going to do? Complain about automation?”

How will HR deal with automation in the hands of job applicants? I asked a top HR exec at a Fortune 50 company that question.

Do I have your attention?

What if Avatar Hank were real? He’s not, of course — but only because job seekers can’t afford to spend the billions of dollars HR dumps every year into “recruiting automation.” Otherwise, HR technology companies would create him.

Unfortunately, there is no “job seeker’s revenge technology” to match the ATSes and goofy “algorithms” that HR sics on job seekers. I made it all up, but there is truth to Avatar Hank — a lot of truth. 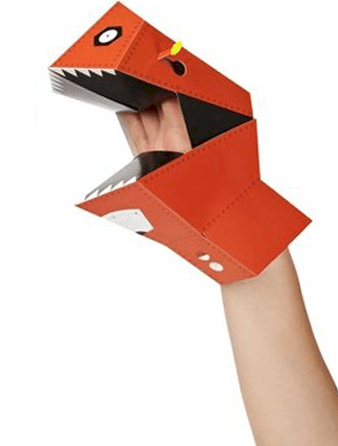 I made this all up for a reason. I stole the story of Hank from Peter Holley’s April 25, 2018 article in The Washington Post, Want to work for Ikea? Your next job interview could be conducted by a Russian robot.

But in Holley’s account, there’s a real robot named Vera that reportedly interviews about 50,000 job applicants a day, enabling HR departments to nap while job applicants sweat out 8-minute phone calls with a cartoon. Nobody’s making that up. Employers are paying to use Vera on real people.

That’s 833 personnel jockeys dozing eight hours a day (without time off for lunch) while 50,000 suckers are required to talk to the robot hand if they want a chance at a real job interview.

Now, what happens when nuclear HR weapons are put in the hands of — gasp — job applicants?

So my evil purpose in this week’s column — I don’t think I’ve ever fabricated a whole column before — is to wonder out loud how HR would like it if we deployed Avatar Hank against employers the way employers deploy Vera and robo-recruiting avatars like ZipRecruiter, LinkedIn, CareerBuilder, Indeed, Taleo and their ilk.

Apologies to The Washington Post and Peter Holley for satirizing their article to make a point, but thanks to them for shining a light on Vera, the spawn of HR technology. We know she’s not real because if she were, she’d start every phone interview with, “#MeToo!” There is no one named Alex Kotts and no robot named Avatar Hank. You’ll have to read Holley’s article to learn who’s behind Vera.
How would HR like it if “the talent” refused to appear in person — like recruiters and hiring managers refuse to appear in person — until the employer talked to the cartoon hand first, and filled out the forms, and got diddled digitally?

How would HR like it if the next 50,000 job applicants it called to conduct phone interviews were robots? Would job seekers’ robots be any less legit than Vera?

Hey, HR, can our robots have phone sex and produce skilled offspring to do your jobs?

Vera and Hank tell us one thing: It doesn’t take any brains to interview 50,000 job applicants or to interview for 1,500 jobs.

HR, employers, corporations invest billions of dollars every year avoiding using their brains — they spend it on what’s plainly stupid, laughable, and counter-productive “technology” that they’d never abide if subjected to it themselves. (See HR Technology: Terrorizing the candidates.)

Managers have destroyed any chance of matching the best workers to the jobs they need to fill because they refuse to show up. They deal in avatars, robots, algorithms, HR technology. They deal in keywords, automated job applications and programmed applicant “assessments.” They’re trying to wash their hands with rubber gloves on, to recruit without recruiting, and to identify the best candidates by rote. (Contrast: Smart Hiring: A manager who respects applicants.)

How do we point out the real problem with hiring?

It doesn’t take any more than flipping around Peter Holley’s account of Vera technology. We subject employers to fake job applicants, like they subject job applicants to fake “selection processes” via robo-forms and algorithmic judgments. We deploy cartoons to apply for jobs and to “show up” to be phone screened by recruiters.

The boards of directors behind these companies reveal that they are the truly unskilled and clueless stewards of industry. Would you have lunch with a cartoon character to talk about the future of your business?

You deploy a talking cartoon character to judge whether a person is worth interviewing for a job — then you report to your investors that there’s a talent shortage?

Go ahead. Look us in the eye and say, HR technology — then realize you and your robots are talking to our robots.

How does HR learn a lesson from the stupid HR technology it foists on job applicants? Can job applicants turn the tables and make HR eat its own high-tech dog food? Will a tech company create Avatar Hank and make recruiters talk to the robo hand? What can job applicants do to even the playing field — do they have to dumb the game down to HR’s current level, or is there a way to raise the ante and the standards?