How to Get A Job Workshop

For several editions, we’re devoting the Q&A feature to a workshop. Instead of Q&A, this limited series of columns will be “All Answers,” or, if you will, “How To.” So the only question we’ll be addressing will be about how to get a job. We began with Don’t write a resume! This week we continue with There aren’t 400 jobs for you. I hope you find this deep dive helpful, and that you will — as always — dive into the discussion in the Comments section below!  — Nick

“Apply for hundreds of jobs with just one click!” 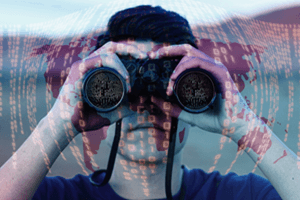 “That just showed up in my inbox,” a subscriber wrote me. “Sigh… who needs your advice when I can apply for hundreds of jobs with just one click?”

“In the interim,” he added, “I’m waiting to hear back from a hiring manager who needs help securing networks. A former team member introduced me to him. I suspect I’ll have a new job shortly, for some reason…”

That subscriber is highlighting a harsh truth.

When you write your resume, or apply for jobs online, you are working with a ridiculous premise: that going after a lot of jobs is a good thing. You might as well go buy a lottery ticket, because it doesn’t work that way.

Here’s the biggest load of bunk:

“When you’re job hunting, the most important thing to do when you wake up each day is send out 20 resumes and job applications. Do that first, and you’ll feel better because you will have done something to find that new job!”

Here’s why it’s bunk: After a month you will have applied for 400 jobs, but there aren’t 400 jobs out there that are right for you. There might be a small handful at most. The rest are someone else’s idea of what job might be right for you. And they’re wrong.

Where do all these wrong jobs come from?

From the lowliest support personnel to the most highly paid executives, earnest job seekers venture out on the job hunt with their eyes closed. They smile that idiotic “I’m your solution!” smile at employers they don’t know from Adam.

These people are all conducting a blind job search. That’s where you broadcast information about yourself to people you don’t know who don’t know you and who have no reason to care. Then you wonder why these employers aren’t impressed. You wonder why they haven’t called you back.

Open your eyes before you venture out. The best employers are watching and, in general, they don’t think you know where you’re going. Don’t walk blind on the job hunt.

Audiences look at me like I’m crazy when I tell them the best way to find a great job is not to look for a job.

What’s the logic behind this? If you pursue a job, you’re probably going down a dead end. Soon you’ll be looking for another job at another company.

If you go to work at the right company, you should have a future of progressively better jobs. Why pursue one job, when you can have a career full of them in one place? Think ahead!

So, why is it that people bang the Submit! button and apply for jobs in lots of companies, rather than investigate the depth and breadth of opportunities in a single company where they may have a chance to grow and prosper? (Maybe it’s because employers themselves can’t see past six months or a year. They pitch individual, often ephemeral, jobs rather than promote their company’s future prospects. Hey, no one said it’s easy to find a worthy company.)

Pick a small handful of the best companies. Companies that ring your bells. Companies that excite you. The leaders, the shining lights of the industry you want to work in. Life is short, so why waste time with anything less?

Study each company’s business. Study its competition. Look at the problems and challenges it is facing. You cannot do this for 400 companies! Lasting success depends on careful choices.

I know there’s a lot of justified cynicism among job seekers. Employers have laid waste to any ideas of loyalty. They hire for the short term. They leave workers high and dry without training or professional development. But that’s not true of all. Worthy employers are still worth finding.

Very few jobs and companies are worth the hard work you must do to prepare for an interview where you will truly stand out.

When you have settled on less than five companies that are truly worth your time, sit down and ask yourself, “How can I go into each company and help contribute to the bottom line?” If you don’t take a profit-based approach to your job search, you’re wasting your time. You’re then just another job candidate. You’re just another resume.

Do what none of your competitors will. Talk with people who work in the company and people who do business with the company. Talk with vendors, customers, and people who are involved in the industry. Do the hard work of picking the right targets. Learn what problems and challenges a company faces in the area where you want to work.

You need only one right company

Once you’ve figured out what you can bring to a company’s bottom line, put together a little business plan. A business plan basically says, “This is how I would do this job in a way that would be effective and profitable for your business — and for me. Your company is worth the work I put into this plan.”

When you are able to prepare this business plan, it means you have chosen a worthy company you’re ready to talk shop with. To create this plan, you developed contacts who tutored you and got you in the door. Now you have something that is better than a resume — proof that you’re worth hiring at a company worth working for. (See How Can I Change Careers? It’s not just for career changers.)

Do you see why you cannot possibly do this for 400 companies?

Now you don’t need to apply to 400 companies.

How many jobs have you applied for that you did not get? Do you think maybe you applied for too many and wasted precious time pursuing the wrong ones? Did you ever take a wrong job just because “it was there?” What’s the best way to pick the right jobs to pursue?