Behind the scenes of a rescinded job offer

In the September 25, 2018 Ask The Headhunter Newsletter an HR worker reveals how a faulty HR process led to a job offer being rescinded after the applicant quit his old job. 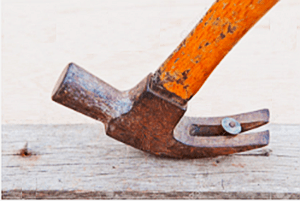 I work in Human Resources (HR). During our on-boarding process, we send prospective employees for a drug screen and run a background investigation and, if the job requires driving, a motor vehicle record (MVR) check. The background is launched when the applicant electronically completes an authorization.

We had planned on hiring a guy, when three days before his start date he had still not signed the authorization. So I ran the part of the background that I already had authorization for, and saw that his MVR was horrible. He had DUIs, super-speeder violations and more.

He’s already given his notice to his old employer, and we can’t hire him. I think he avoided signing the background authorization to hide a bad record.

We had to rescind the position as we don’t have any positions for a non-driver. I feel bad about this but I also think he should take some of the responsibility. What do you think?

It’s important to consider the critical path of your company’s hiring process. That is, which steps are critically dependent on earlier steps being completed satisfactorily? And, who is responsible for those?

The critical path to making a hire

You don’t say explicitly whether you made this applicant a bona fide job offer. But I think it’s fair to assume you did based on two other pieces of information you shared.

Please note that I’m not putting any specific order on these critical steps, though of course there is a necessary order. In any case, when you made that job offer and it was accepted, you had a contract. The deal was done.

A job offer is a contract

So, where does that leave your company and the HR person who is responsible for the hiring process? In a bad, indefensible spot, I think. You made and broke an agreement. A rescinded job offer is a broken contract.

Two other critical steps in this hiring path are:

Clearly, both of these critical steps must be done before you can hire anyone. And the investigation — a critical step — brought the entire process to a screeching halt when you discovered the problems, as it should. That’s why that step is on the critical path to hiring, right?

Where you blew it is that you apparently jumped ahead. You made an offer — a contract — before obtaining authorization to do the background check, and before you had any investigation results. You acted without due diligence.

Why would any employer do that?

Due Diligence: Don’t take a job without it.

The applicant’s mistake is that he followed your lead. He, too, failed to perform due diligence to ensure your company was acting in good faith. He didn’t double-check to make sure you had followed your own critical path before he took the ultimate critical step: He quit his job.

Why would any job applicant do that?

No job applicant can afford to quit their old job, or to trust an employer or HR rep, unless they are certain they have a bona fide job offer.

A job offer is bona fide when it is:

You, as an HR representative, know your company cannot hire someone with a bad record. So, why did you make a job offer before checking? There’s no good faith when you lead someone to quit a job so they can start work with you — then pull the rug out from under them. (See HR Managers: Do your job, or get out.)

A rescinded offer is a broken contract

You said: “We had to rescind the position as we don’t have any positions for a non-driver.”

That’s not why you rescinded the offer. You rescinded because you didn’t do your job properly. The main fault is yours, and it could get your company sued. (For an attorney’s take on this, see Job offer rescinded after I quit my old job.)

You should never have made an offer before you conducted the investigation. The investigation came first on the critical path to making an offer, before the hire quit his other job, and before you began on-boarding the new hire.

A company should hire with integrity. It should follow a sound process that ensures a healthy deal will be struck that is good for both parties. That requires following a series of steps in proper order, to protect both parties. (See Protect yourself from exploding job offers.)

Here’s the critical path you should follow. Staple it to your office wall where you can see it all the time. Make sure everyone involved sees it in advance and signs off at each step. None of these steps should be taken until all previous ones have been completed:

The applicant was foolish to accept a job offer before confirming that your company’s critical path had been completed. He was disingenuous about not signing the authorization for the background investigation. He was downright stupid to quit his old job before ensuring the new job was solid.

So he, too, bears responsibility. Caveat emptor. But shame on you as the employer for letting the matter get to a point where you had to rescind the job offer.

The employer owns the hiring process

Your company is going to spend money to hire someone. You start the ball rolling and control the process. You own the process.

Don’t know how to properly check out a job candidate? See References: How employers bungle a competitive edge.

It doesn’t matter if your investigations reveal the candidate is an axe murderer. It’s still not his fault that you didn’t do your job prior to issuing a job offer. You failed to conduct due diligence (the checks and investigations). In this case, your process should have stopped dead at step (4.) above.

You tacitly if not explicitly encouraged him to quit his job and relinquish his pay based on your assurance (the job offer you gave him) that he could rely on you to hire him. No one deserves that. (If he’s an axe murderer and you don’t figure it out prior to making him an offer, then shame on you.)

Rescinding a job is not an option

Please review the 10 steps in the list above. Nowhere is there a “Rescind job offer” step. It’s a terribly embarrassing option. Rescinding a job offer is a last resort that you — and your company — will pay for with your reputations.

You need to sit down with your top management to develop a critical path to follow when hiring. The fact that you were three days from his start date when you figured all this out reveals a shocking problem at your company. (See Smart Hiring: A manager who respects applicants (Part 1).)

Rescinding a job offer that your company never should have made is unacceptable.

Is it ever legitimate to rescind an offer? When — and why? Have you ever rescinded a job offer that you made to an applicant? Have you ever had an offer pulled out from under you? Was it a legitimate action? What steps belong on the critical path to completing a hire and who is responsible for them?