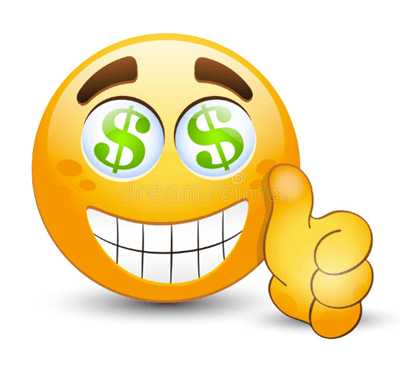 My son, who earned an advanced STEM degree, was hired by a firm which was highly impressed by his education, and emphasized how important it was to have someone with his qualifications joining their team.

But several months into the job, he realizes that the work he has been given could easily be done by someone with only a bachelor’s degree. He is upset that he is not being challenged, but my concerns are more prosaic and practical. If he doesn’t have the opportunity to use his ability to “hit home runs” for his employer, there’s really no reason for them to reward him handsomely, and he isn’t developing the skill set that could cause another employer to pirate him away, and reward him handsomely.

So, my question is, did the employer deliberately lie to my son to get someone with his qualifications to join them, or did they lie to themselves, like the owner of a diner I know who sought out a Paris-trained chef, when all he needed was a guy who didn’t burn the eggplant?

You’re blessed to have a son with an accomplished academic background. But I’m afraid you’re suffering from the same malady a lot of Millennials seem to have. They expect to hit the ground on their first job “being challenged,” “tackling great opportunities,” “hitting home runs,” “getting rewarded handsomely,” and quickly “developing new skill sets that will just as quickly get them recruited away” from their first employer… and “getting rewarded even more handsomely.”

Right out of the gate.

Are schools suggesting to students that wild success will be their experience once they get a job? Or are schools failing to give their students a realistic idea about the roadblocks they’ll encounter? Maybe they’re not teaching them how to recognize roadblocks or how to deal with reality.

It’s altogether too easy to offer sanctimonious advice to young people about the realities of a first job. In fact, I discourage that because it’s the naivete of every new generation that frees it to create something new under the sun. I love watching young people pull off great feats because they don’t know what is supposed to be impossible — so they risk everything to attempt anything. I experienced that when I started my career in the nascent Silicon Valley. I expected great success while I stumbled over obstacles I didn’t expect to encounter.

But I think attitudes about success are another matter from expectations about jobs. When I get a chance to speak to groups of students and new graduates about jobs and careers, I try to give them an honest picture of the roadblocks they will encounter. It may seem harsh, but I think it’s the truth.

The underlying questions here are whether the realities of work are roadblocks — and what new grads can learn about how to deal with them. I’m offering no answers. Just some pointers that I hope inspire a fresh new generation of workers to develop healthy attitudes about success so they can pull off the impossible.

Whatever you’ve been told by the school you attended, this is likely what new graduates will find at their first jobs. Be prepared.

New Grads: How to get in the door without experience

New grad gets railroaded out of new job

Did this new grad ruin an opportunity?

Those things are what expertise and success are about, but first come the realities and the roadblocks. The things your son wants for himself he’ll earn through persistence, patience, dedication, apprenticeship and hard work. Likely one step at a time.

Don’t be confused about the owner of that diner. He will hire a Paris-trained chef when he can – because most kids fresh out of school will burn the eggplant, and that will quickly put a diner owner out of business.

Please tell your son to give his career a chance. There are roadblocks and there are realities. He cannot deal with them by pretending they don’t exist.

Am I being too harsh on ambitious new grads? Probably. I don’t mean to sound discouraging. But I’m afraid misconceptions abound about big bucks and quick success. What would you change in my 20 pointers? What would you add? More important, what are the best ways to overcome or avoid some of these roadblocks?

If you’re a seasoned professional, this is your chance to advise and mentor new graduates like this reader’s son. Please remember: You’ve been through it. Getting a career started is painful. Maybe we can impart some lessons while lessening the pain.

If you’re a new grad, what do you want to know about your first job?