Only naive wusses are afraid to bring up money

In the October 27, 2015 Ask The Headhunter Newsletter, a reader is living in la-la land.

I recently had three great interviews with an organization that I would be proud to work for. Afterwards they asked me for samples of my work and references, but they never brought up salary. I asked them if they had a salary range in mind for the role, and I learned it was $20k lower than what I am currently earning. ? I politely said that I had a higher number in mind, based on my background and experience. I said I hoped there might be some flexibility if I ended up being their finalist. I left them samples of my work and left the interview with no further discussion of remuneration. 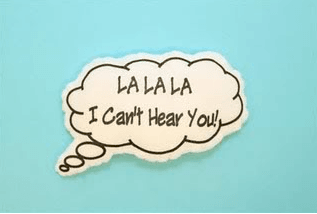 When I got home there was an e-mail asking me for references, so I took the opportunity to mention my salary expectations prior to moving forward. The CEO responded that they could not match my request, but explained she would go to the board to see if she could increase the pay since the position played an important role in their growth strategy.

A couple of weeks later, the CEO got back to me and said she could not get any more money from the board and thanked me for my interest.

Since then they have re-posted twice for the job under a more junior title. I suspect that other applicants for the original posting of Chief Strategy Officer were also expecting a higher salary. They have now changed the posting to Senior Development Officer.

I realize now that I should have waited for a job offer, and then negotiated. But, live and learn, right? I am still very interested in the position but would need them to come up at least $10k.

Do you think I can still approach them or has that ship sailed? Being experienced in recruiting, I would never have taken a candidate that far without knowing where I stood on salary. Do I stand a chance?

No, I don’t think you stand a chance at all. What surprises me is your wishful thinking and rationalizing, since you said you’re experienced in recruiting. The CEO told you it’s over. What I see is you putting your hands over your ears: “La-la-la I can’t hear you!”

But this is incredibly common. Employers will make it clear how much they’re willing to pay, and it just goes in a job applicant’s one ear and out the other. It’s one of the most puzzling phenomena — otherwise smart, savvy job seekers just refuse to believe what they’re told about salary.

Or, is it that some job seekers really, really want to believe an employer will pay more, even when it said it won’t? Then — when no more money is forthcoming — the applicant either (1) gets angry and blames the employer for wasting their time, or (2) blames themselves for not wishing hard enough.

Consider: The CEO knows what you want. She went to her board, which refused more money. The CEO told you. Yet you still harbor a belief that the CEO will come up with another ten grand. 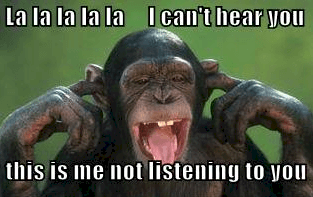 But your rationalizing doesn’t end there.

You’ve seen that the title was downgraded from Chief Strategy Officer to Senior Development Officer — and you even seem to understand why. Applicants like you were expecting higher salaries that the company can’t pay. So the company adjusted the title to reflect the lower salary.

Nonetheless, you’re telling me you should have gone through the rest of the hiring process, gotten an offer, and then negotiated — after the CEO already told you there’s no room to negotiate!

And it still doesn’t end there. You seem to think that because you’re “still very interested in the position,” they’re going to come up with another ten grand! Stop pretending! It doesn’t matter how interested you are!

Having said all that, I can understand why you’re bothered. The CEO never should have taken you through three rounds of interviews without knowing where you stood on salary. You’re right about that. She never asked you about salary, and never told you about the salary range — making her just as guilty as you of wasting everyone’s time!

Are we all on the same planet??

I don’t think so.

The conventional wisdom — which is proclaimed by “negotiation experts” — is that whoever mentions money first loses! And it’s pure nonsense!

Who wins is the person or employer who knows what they want, expresses it candidly, and establishes common ground before investing time in a hiring process. Only a naive wuss starts talking about doing business without first talking money.

I say naive because most people have no idea how to negotiate, so they pretend instead. Do you pretend? Are you afraid? Try this:

“Look, I have no idea whether we can come to agreement on money, but I’d like us to establish a framework about the money before we start talking turkey — so that we won’t both feel like a couple of turkeys after we invest hours talking, only to realize we’re not even in the same ballpark about money. So, what kind of money are we talking about?” (See “How can I avoid a salary cut?” in Fearless Job Hunting, Book 7: Win The Salary Games (long before you negotiate an offer), pp. 7-10.)

I say wuss because most people are afraid or embarrassed to talk about money until the other person does — hence the silly excuse, “It’s best not to be the first to bring up money!” Whew.

People who know what they’re worth, and what they want, are the ones who are best prepared — both to do the job, and to justify how much they want. They’re the people who are ready to demonstrate their value and to engage in a candid dialogue about it. (See The New Interview and The New Interview Instruction Book.)

When you’re going to do a deal — any deal — negotiating about money starts immediately. Whoever controls this discussion sets the anchor on the outcome. That’s who wins.

There’s a phenomenon in the science of pricing called the anchor effect. The idea is simple: Whoever brings up money first influences which direction the negotiation will take. If you start talking high numbers, the final negotiation will probably end on a higher number. If someone starts by putting smaller numbers on the table, the final number will likely be lower. That is, the first number that hits the table is said to anchor the negotiation — pulling the rest of the discussion toward that point, higher or lower. (For more on this, see William Poundstone’s excellent and very readable book, Priceless: The myth of fair value and how to take advantage of it.)

Of course, if your number and their number are way off, either try to make your case, or shake hands respectfully and move on. Don’t pretend!

Everyone needs to get over their hesitation to talk about salary before interviews proceed. Employers need to disclose — even advertise — a job’s salary range. Job seekers need to disclose how much money they’re looking for. At the very least, both parties should establish an honest ballpark for salary — or stop screwing around with interviews, rationalizations, sneaky tactics, and hemming and hawing.

I know what you’re thinking: “If I say what I want, what if the other guy is actually willing to pay me twice that? I’ll lose out!”

Unless you just fell off a hay wagon, you can’t possibly believe that what the employer was planning to spend is double what you want. Grow up. You’re not going to hit the lottery in a salary negotiation. More likely, playing coy is going to lead you right into a brick wall — when honest mutual disclosure is more likely to result in a healthy discussion.

Where did you go wrong?

When you agreed to the first interview, you failed to ask what the salary was for the job — so you could decide whether it was a match.

Worse, you avoided this because you thought you might be able to play the CEO along, and “convince” her to spend more than her board permitted. This is the old foot-in-the-door tactic of the inept salesman: “If I can get the sucker to invite me in, I’ll just brute-force my way to a deal!”

That’s naive. It’s also — pardon me, because I sense you’re actually smart and capable — stupid. I’ll bet you think it’s professional to not bring up money, and unprofessional to expect the employer to bring it up.

You’re wrong on both counts. What’s unprofessional is two people leading one another on. There’s nothing professional about being afraid or embarrassed to talk money. The CEO is just as guilty. She should have asked you how much you wanted — a range — at the same time she expressed the salary range for the job.

Please: Consider these basic guidelines when applying for jobs:

The key to negotiating

Do you know what is the biggest mistake you made, even after you invested time in three interviews without knowing the salary? You let the CEO ask the board for more money without arming her with the justification.

The CEO was willing to go to bat for you — but you sent her to negotiate without a bat!

If you’d given the CEO evidence of why you’re worth $20,000 more than she was planning to spend, she might have gotten more money from the board. Your mistake is that you asked for more money just because you want it. The key is to show what the board gets in return for $20,000. The key to successful negotiating is being able to deliver more value than the other guy expects.

The CEO has struck out. She told you to go home. Sorry — get over it. There is no job for more money. Please don’t make a fool of yourself.

I don’t care what negotiating experts say. Don’t be naive, or afraid, or a wuss about bringing up money first. Winners are prepared to justify what they want, and to show how it will pay off for the other guy. (See “What’s your business plan for doing this job?”, Fearless Job Hunting, Book 6: Be The Profitable Hire, pp. 30-32.) If there’s no match on the money, they move on early and quickly.

Do you talk money? Or are you terrified to bring it up? Do you wait until you’ve invested hours of time before you find out what the salary is? What’s the best way to ensure everyone is on the same page regarding salary?