Can I trust Glassdoor reviews?

In the September 2, 2014 Ask The Headhunter Newsletter, a burned employee sparks controversy about anonymous employer “reviews” on Glassdoor.com:

Have you ever written about Glassdoor reviews? Based in part on positive reviews I read about a start-up company on Glassdoor, I accepted a job. This company was nothing like it presented itself to be. It was terrible. Two months into my tenure, another position came up and I left. (My rule is never to shut down the job search process until I am sure I want to stay somewhere.) It still bothered me that this company was so crappy and I felt I had been taken for a ride. 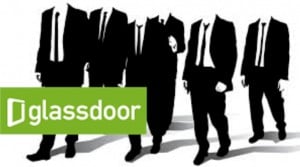 d at the reviews in Glassdoor prior to the interview and, though there were negative reviews, there were overwhelmingly positive ones as well. I was concerned about the negative reviews, so I brought it up in my interview. The recruiter stated that the office prided itself on being different from its corporate parent, and he felt I was a good fit. So I took the job.

Here’s why I’m asking about Glassdoor. After I quit the start-up, I continued to follow the company on Glassdoor and checked LinkedIn to see what kind of turnover they had. It turned out some of the people hired during my time have since left. Strangely, when a negative review shows up, an overwhelmingly positive one shows up within a week. Interestingly enough, two of the most current negative comments say that HR is posting its own positive reviews! The recruiter I worked with left after a year. So, are these reviews worth anything? What do you think?

I’ve never written about Glassdoor.com because I think its business is worthless except as a generator of revenue. At best, this public database of anonymous reviews about employers is a curiosity. (I’m skeptical about any kind of anonymous reviews, even on Amazon.) The very idea of a website that encourages people to anonymously critique employers is ludicrous and irresponsible. I think its use is widespread because it makes money. That fact impresses HR executives and the public, leading them all to base business decisions on admittedly untrustworthy information.

Just think about it: Any disgruntled employee or job applicant can trash a company publicly. An HR department can spam Glassdoor, singing its own praises. (It seems this happened with the company you quit.) Honest comments will get lost. Meanwhile, Glassdoor has no incentive to keep it all clean by making participants accountable. (The argument for anonymity is that people wouldn’t post honest comments if employers knew who they were. Duh. That justifies graffiti?) They make money with every posting. That’s how Glassdoor is like the job boards.

In fact, Glassdoor is a job board. (Like LinkedIn, the site uses the honeypot of “community” to lure you into an ulterior revenue model. See LinkedIn: Just another job board.) Employers pay to post their jobs. Where does the job seeker traffic come from? Job seekers show up every day that Glassdoor dangles its clever bait: “Come share your reviews and salary information — anonymously. Then look at job postings!” The revenue model is built on unverified reviews and unverified salary data. (Imagine if Glassdoor’s business model were legitimate: It would pay you for your honest reviews and salary information.)

In other words, HR departments pay Glassdoor to subsidize anonymous ratings and salary surveys. You suggested that HR departments use fake IDs to give their own companies good reviews I don’t doubt it.

The obvious problem is that, when no one is accountable for praise or complaints, every comment on Glassdoor is suspect. Your experience with the terrible start-up highlights the problem. Anyone can create an account without anything but an e-mail address. If Glassdoor were to require true identities, it would be another story. But it’s not.

Along the same lines of Glassdoor is a new app created by the founder of TheLadders, Marc Cenedella. He basically lifted Glassdoor’s concept and made it more personal. Knozen.com lets people post anonymous comments about their coworkers’ personalities. That’s more of a bathroom wall than even Glassdoor. I can’t wait for more lawsuits.

Reading anonymous customer reviews when you buy a camera or a waffle iron is one thing — if you make a mistake, you’re out a few bucks. But when you’re checking out an employer, due diligence is crucial. We’re talking about your career and your income. Check credible sources. Your best bet is always to seek out current and former employees at a company to learn the truth — but make sure they have real names. In Fearless Job Hunting, Book 5: Get The Right Employer’s Attention, you’ll learn the powerful “scuttlebutt” method of researching even privately held companies — by talking to their competitors (pp. 22-24).

Here’s another important tip from the same book, in the section titled “How to pick worthy companies” (pp. 10-12):

Talk to the company’s customers and vendors
This is where you will find the hidden skeletons, and you will learn who are the real decision-makers in the company. This is also where you may find a hidden opportunity. It might not be with your target company, but with one of its customers or vendors, or with some other associated company. By extending your research and meetings to such companies, you’ll get a valuable, industry-wide view — not just of your target company, but of the work you want to do.

It’s not so hard to evaluate an employer. Invest the time to do it right next time, because anonymous reviews of employers can get you into serious trouble.

Is it real, or is it crap? The reader in today’s Q&A learned the hard way that, if information smells, it’s probably crap. Would you trust anonymous reviews and salary surveys to make a career decision?