In the June 10, 2014 Ask The Headhunter Newsletter, a reader doesn’t want to pay so an employer can interview him:

I applied for a sales job, but it’s in a distant city. I don’t think the company pays relocation costs. They insist that applicants pay a portion of the interview costs, including mileage, airfare, hotel, meals. (The job posting says interview expenses are “negotiable.”) I’ve never faced this before. I may be willing to pay my own relocation if I want the job, but I don’t want to get stuck paying interview costs. The airfare alone could be several hundred dollars. I’m thinking this puts them in the “no skin in the game position” and would allow them to interview as many people as they want, for as long as they want, at almost no cost to them. What is your feeling about this, and how would you negotiate the arrangement?

We recently discussed Why employers should pay job applicants — but this is another subject. Some employers will pay for interview travel, others won’t. Usually the employer will just tell you they don’t interview out-of-towners mainly because, if they hire you, they don’t want to incur the relocation cost. This is really up to you. It depends on how much you want to work for this company. 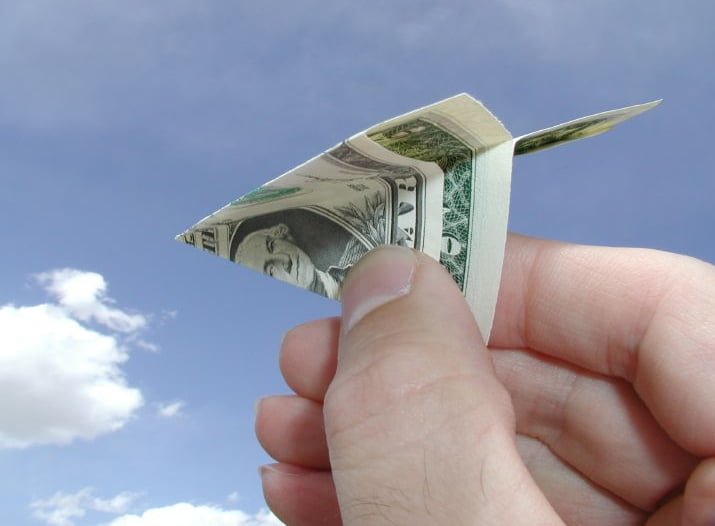 In any case, you can make some moves to protect yourself and to optimize your chances of getting a job offer.

Remember that everything is negotiable, even if they tell you it’s not. As long as you are really willing to pay your own relocation, you can take a position even on this.

I’d ask them (now, before you fly out there), “If I split the interview travel cost with you, and you hire me, will you cover my relocation costs up to some maximum amount?”

They will likely say no, but they might also compromise, saving you quite a bit of money when you move. It’s worth asking, especially if you’re interviewing for a sales job. Demonstrate your negotiating skills.

Split the costs into portions that each of you pay up front, and settle the rest later. For example, make them this offer: If they pre-pay the airline ticket, you will pay for the hotel and meals and then submit for reimbursement. That way you don’t get stuck holding the entire bag, even if they ignore your requests later. Of course, if they decline to front any costs for your trip, you must decide whether to gamble. My advice is: Don’t. A company that won’t pay to fly you out is trouble.

Overall, I think your analysis is correct. If you pay interview expenses, they will have no skin in the game, leaving you in a weak position. But two can play at this game. This is where you turn the tables a bit, capitalize on your trip, and optimize your chances of getting an offer — even if it’s from another company.

If you decide to make the trip, do some research and figure out who are the employer’s best and biggest competitors in the same city. Call them. Talk to the head of sales, not to HR. Be frank. “I’m going to be in town interviewing with company A — but I’ve heard great things about your company (B). If you’re available on such and such a date, I’d like to stop by at a time convenient to you to introduce myself. Can we schedule a cup of coffee?”

Do this with as many companies as you can. Even if you have to pay for another night’s stay, this may be an excellent investment because your trip will be more likely to pay off. It’s a funny kind of employer psychology that I’ve seen again and again. When company B hears that company A is interviewing you, B is suddenly motivated to get in on the action, especially because there’s no travel cost. Ordinarily, company B might not interview you, but when one company deems you attractive, you instantly become attractive to its competitors.

(In my opinion, even if company A is paying for your travel, you’re still free to conduct other meetings as long as they don’t interfere with A’s meetings. If your favorite aunt lived in town, you’d make time to see her, right? What you do in your spare time is your business.)

Decide whether you really want to work in the distant city, and negotiate your way out of financial costs as best you can. Then take advantage of a trip to meet as many employers as you can.

Have you ever had to travel for a job interview? Who paid for it? Did you ever get stuck for the costs of an interview trip? How did you optimize your experience?