Why employers should pay job applicants

In the April 29, 2014 Ask The Headhunter Newsletter, a reader suggests getting paid before getting hired, or why waste time interviewing?

Again and again, companies waste my time while they “assess” me in endless interviews and with employment tests. They’re wasting my time and theirs, but they don’t care because they are getting paid. I’m not.

The problem is not hard to see: The managers and HR people don’t select their candidates very carefully to begin with because it’s no skin off their backs. If they had to pay for my time, I’d bet they’d be a lot more accurate. Do you think it would be wise for employers to pay for the privilege of assessing job applicants, as a way to make hiring more efficient and productive? (And to stop wasting my time!)

I wrote a column about a related subject last year: Why employers should pay to interview you. I’m even going to crib from it a bit. 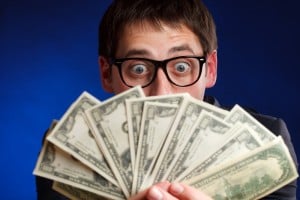 Job applicants devote hours of unpaid professional time to an employer, and then wait patiently for a hiring decision by the promised date. Inevitably, employers interview way more applicants than they can justify and ignore their own timelines without any updates or comments to the applicants. Why? Because job candidates are free.

That’s wrong. I agree it’s time for employers to put some skin in the game, if only because it would make them think twice about the costs they impose on applicants. More important, I think it would improve the quality of the selection process and of their hires.

What if employers had to pay to assess candidates for jobs? What if one employer started doing the right thing? Would others follow?

Matt Mullenweg is the creator of the most popular website platform in the world: WordPress powers over 60 million websites, and 66% of all English-based websites. The Ask The Headhunter blog runs on WordPress, and I consider it one of the best software tools I’ve ever used. WordPress is an open source project, but Matt’s company, Automattic, is a for-profit business.

Earlier this year, Harvard Business Review published a short article by Mullenweg: Hire by Auditions, Not Resumes. Automattic’s interview and hiring process is unusual: The interview isn’t over, and you’re not hired, until Automattic pays you to complete the process.

Now, let’s be clear: You don’t get paid to show up for your first interviews with Automattic. But once the discussion gets serious, so does this employer. According to Mullenweg:

“Before we hire anyone, they go through a trial process first, on contract. They can do the work at night or over the weekend, so they don’t have to leave their current job in the meantime. We pay a standard rate of $25 per hour, regardless of whether you’re applying to be an engineer or the chief financial officer.”

In my first book, The New Interview Instruction Book, I called this “doing the job to win the job.” That is, if you want a job, show up and actually do the work to show you’re worth hiring.

But if you’re going to invest that kind of time and effort to be evaluated hands-on, you shouldn’t be doing it for free. The employer should put skin in the game, too — and Automattic does. The ROI for the company is tremendous.

“There’s nothing like being in the trenches with someone, working with them day by day,” writes Mullenweg. “It tells you something you can’t learn from resumes, interviews, or reference checks. At the end of the trial, everyone involved has a great sense of whether they want to work together going forward. And, yes, that means everyone — it’s a mutual tryout. Some people decide we’re not the right fit for them.”

Automattic hires about 40% of people it tries out. Turnover is ridiculously low. Paying job candidates while Automattic assesses them pays off. In virtually every other company, the hiring process is rote, stupid, and inaccurate because it’s automated. Human review of applicants is the last thing any employer wants to invest in.

Around the world, hiring is a massively screwed up process because business doesn’t make any meaningful investment in it. Buying resumes from job boards and paying personnel jockeys to scan applicants’ keywords isn’t an investment — it’s a joke. But paying for the benefit of assessing people on the job, inside your company, on your time — that’s an investment. I doubt Automattic selects candidates lightly.

Of course it is. And it should be. It’s costly, so a lot of care goes into the process up front, and this limits errors markedly. Mullenweg personally spends a third of his time on hiring. That’s more than even I recommend. (I suggest managers need to spend 15%-20% of their time recruiting and hiring, and I know few managers that do.)

What if you’re the job hunter?
Would you ask an employer to pay you to check you out? If that’s too much, then at least consider Conrado Hinojosa’s provocative The No-Nonsense Interview Agreement instead. It serves a similar purpose: It adds a measure of thoughtfulness to the experience.

I challenge any HR manager to explain why it’s okay to take hours and hours of a job applicant’s time without paying for it. I also challenge them to show me how their hiring methods are more accurate than Mullenweg’s. If your company does what Automattic does, I’d like to hear about it. In fact, I’ll gladly highlight your company in an upcoming column.

In the meantime, I think employers should start paying job candidates to assess them. My bet is that it would improve their business and operations dramatically.

What is a job applicant’s time worth to an employer? What are hiring errors worth? Would paying job applicants pay off to employers?