Will a consulting firm pay me what I’m worth?

In the January 29, 2013 Ask The Headhunter Newsletter, an underpaid consultant keeps trying to get more raises:

I am a computer consultant working at a company that assigns me to work at other companies. My salary is less than average in the region for people with comparable skills. I went to my boss and got an increase that’s still less than I’m worth. I think they just tossed me a bone to quiet me.

I like this company even though they’re underpaying me. What else can I do, apart from getting another offer and proving to them that the market values me more than they do? 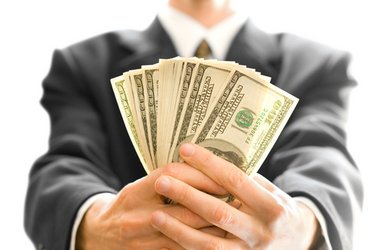 First, if you’re relying on salay surveys, know when to fold them. Generalized surveys are okay to give you an idea of salaries in a particular field, but they are not a good place to start negotiating your own salary.

I would not dangle another company’s offer in front of your boss unless you’re absolutely ready to take that offer. I’ve seen many companies usher people straight out the door for doing that. (It’s not clear whether you did that anyway, or whether you just asked for a raise on your merits. I hope it was the latter.)

Your employer has already agreed to pay you what it thinks you’re worth, and that doesn’t seem to match what you (and the market) think you’re worth. I don’t think it would be wise to approach management again. My guess is that they don’t really care. Without knocking consulting companies in general, it’s my belief that many of these “meta employers” aren’t as motivated as regular employers to treat employees equitably. Unless they’re one of the exceptional firms out there, they may view employees as a commodity.

Perhaps more important than figuring out how to get more money out of this employer is deciding how you’ll handle the next one. Consider How to decide how much you want, and be ready to ask for it before you accept your next job.

Consulting firms are accustomed to pretty high levels of employee turnover, and they’ve got mechanisms for dealing with that. They may pay decently to bring you aboard, then keep your raises low while your market value goes up until you leave. In the interim, they enjoy higher billing rates and increased profits while you decide whether to get up and go. Then the cycle repeats with the next hire. Of course, some consulting firms demonstrate more integrity. I know this sounds cynical, but remember that the consulting business is incredibly competitive. You are the product, and you can be replaced easily because the firm’s projects and clients come and go in fast cycles. (Read Scott Henty’s excellent Consulting Jobs Primer in the Industry Insider section of my website.)

If you don’t know a better consulting firm to work for, my advice is to seek out a regular employer where the future might be a little more predictable and where the compensation program is more oriented toward holding on to good employees. You might find the culture more to your liking, too. The best companies are grappling with the issue of retention, or how to keep good people.

Needless to say, lots of regular employers don’t demonstrate much integrity, either — and don’t guarantee any more job security than consulting firms do.

If you can’t get satisfaction, move on.

Have you ever worked for a consulting firm that farms you out to other companies on assignment? What are the ins and outs you’ve experienced in that business? What should this reader do next?