Does the headhunter own my job interviews?

In the February 5, 2013 Ask The Headhunter Newsletter, a job hunter wants to know who comes first: The employer, or the headhunter?

I have a thorny problem. A recruiter just called me with a great job opportunity. I said, of course, submit me! Then, minutes later, I got an e-mail directly from the same company saying they’d seen my resume on a job board, and would like to talk to me about an open position.

Do I let the hiring company know that they should talk to the recruiter, or should I call the recruiter and say, don’t submit me, they contacted me directly? Which way is better overall? Does the headhunter own my interviews just because he found my resume online? 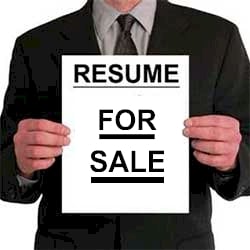 Ah, your online resume bit you unexpectedly. And now you’re in a bad spot. For all you know, the recruiter found your resume the same place the company did.

First, you can’t tell the company to contact the recruiter, because it already found you itself. It’s not going to want to pay a recruiter.

(Of course, it’s possible the employer is trying to stiff the recruiter. You’ll never know.)

Second, you can’t tell the recruiter to forget it. You already told him to go ahead. When he calls the company, they’re going to tell him they’ve already talked to you. If he argues that he’s “representing” you, then the company may drop you like a hot potato. You lose. This is the sort of thing that can kill a candidate’s credibility.

The way that’s “better overall” is to stop posting your resume on the Net. The situation you’re in is why. For all you know, 20 recruiters have already plucked your resume and have forwarded it to hundreds of companies on their own letterhead. That’s one of the many risks you take when you publish your resume online — whether it’s on a job board or on LinkedIn. It can result in what’s referred to as a “fee fight.” If you’re hired without a recruiter’s direct involvement, the recruiter can still claim he’s owed a fee because he submitted your resume (even if it’s without your permission). The company might argue. The recruiter might sue.

But companies don’t like being put in this spot. More likely, they just decline to talk to (or hire) the candidate to avoid litigation. Like I said, you lose.

The generally accepted rule in such situations is this: Whoever introduced the candidate to the company first gets credit for the placement, and earns a fee. But that doesn’t preclude a fee fight.

What if some headhunter submits your resume to a company without your approval, and claims a fee when you don’t want him involved? Lotsa luck. How can you prove you didn’t approve the referral through the headhunter? Is the company really going to spend time gathering evidence to battle over you?

Heads up: This is how lots of “headhunters” operate. (I discuss how to distinguish the slime balls from the legit headhunters in How to Work With Headhunters… and how to make headhunters work for you. The book includes an entire section titled How to find a good headhunter.) Not understanding how the good headhunters and the lousy headhunters operate can cost you a new job — and a whole lot of money.

So, what’s your best bet in this situation? Since the company controls the job and the fee — and also decides whether to interview you — I’d accept the interview from the employer promptly, and notify the headhunter that the employer has contacted you directly as a result of its own efforts. He cannot guarantee you a job interview. It’s not his to offer.

Nonetheless, I wish you the best. You’re going to need it. Posting your resume online might seem a great way to increase your odds of success, but it also increases the chances that your resume becomes a commodity out of your control. The headhunter doesn’t own or control your interviews — the employer does. The only thing the headhunter controls is the copy of your resume she plucked off the Net. Good luck getting control back.

Have your job hunting efforts ever run head-first into a headhunter’s? What happened? Has your online resume caused you problems like this? Help us sort out this mess.