I’m curious about how companies determine severance pay packages. I assume there are state laws that dictate minimum severance amounts, or it seems there would be no severance packages at all. But some companies give more than that. One recently gave its laid-off employees six months of severance, which is very generous in these times. But why? While that’s good news for the employees, why would a company or its shareholders want to give more than it has to?

I’m also curious why upper management receives more severance. I understand that CEOs and their echelon often have prearranged golden parachutes. But managers without such agreements or contracts sometimes get more severance (in terms of weeks of pay) than others. Again, I don’t understand the benefit to the company. What’s the deal?

I hope some of the HR members of our community will chime in here. I’m sure they’ve got some good insights on this (and even better stories.) You’re asking a lot of questions, but not for advice. I’ll try to illuminate what I can, and I’ll offer some advice at the end anyway!

I don’t believe there are any states in the U.S. that require severance pay to be paid to a departing employee. For the most part severance is a company’s prerogative and an employee’s privilege — it’s not a right. 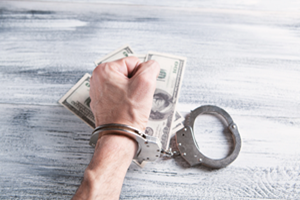 However, severance always serves the employer — it’s not a gift. It’s always a form of handcuffs because the agreement you sign will tie your hands in some ways.

One of the main reasons companies offer severance is to avoid future legal problems. A company will offer severance in exchange for you signing an NDA or a non-disparagement agreement, or a release from any further liability to you. Call it a bribe, but it often works. Sometimes the severance offer is very aggressive: “We’re willing to drop big bucks on you, but you have to agree so some pretty unsavory terms.” The more they offer, the harder it is to say no.

While extravagant severance deals sometimes border on criminal, they’re usually negotiated at the time of hire. The employer makes the deal with eyes open. So what might seem irrational is a pragmatic way for a company to convince a desirable job candidate to accept an offer.

It’s also a practical thing to do. When used properly and for the right reasons, severance is a company’s way of parting on good terms, especially when it’s the company that terminates the relationship. (Companies rarely pay severance when you decide to leave.) It’s the complement to an employee giving two weeks’ notice before quitting.

Negotiating a job offer? Don’t miss:
Employment Contracts: Everyone needs promise protection
While we all know parting company can be a fraught – even nasty – experience, it should be civilized, and we should try to respect one another’s needs when we can. We don’t want to leave each other in the lurch. Of course, that’s the best case.

Often, severance is paid to ensure a smooth transition. The departing employee getting a nice package is more apt to leave their workflow in good condition for their replacement — and perhaps to take a call or two with questions even after they’re gone.

Severance is often based on how badly the company needs the employee’s services between now and the termination or layoff date. For example, a company might need a manager to stick around until the last employee is laid off and until the last project is wrapped up. In exchange for having less time to look for a new job, the manager accepts more severance.

Why do some companies pay more severance than others? They’re smart. When a worker leaves a company with a nice package, he or she is more inclined to speak favorably of it to other workers, probably for years to come. That’s a competitive edge. Good public relations are no accident, and they don’t require government incentives. A company that wants a good reputation works hard at burnishing its image as a responsible employer. Severance is part of that strategy.

Managers often get better packages than staff for a few reasons. To start, their compensation is higher and severance formulas are usually rational (if not outlandish). They’re based on compensation and time served at the company. Higher compensation usually means more severance.

Managers also belong to a club of sorts, and they tend to take care of each other because they never know when they’ll run into one another again. Today’s department manager might one day hire his or her old boss, and what goes around comes around. So it’s not just public relations. It’s also professional relations.

And this brings us around to my advice. There’s a lesson you should take from all this: Not everyone gets a chance to negotiate a severance deal. But everyone should try. You might ask yourself, what will this company need from me when I depart, and what will they not want me to do? (For example, share something I learned at the job.) What’s that worth?

Don’t assume only executives or managers get severance pay. When you negotiate your next job offer, ask about severance. If you believe your job is important to the employer, you might even negotiate aggressively. Make it part of your written offer. Then you might not be so irritated about the severance deals others get!

To give you a head start on dealing with severance deals, I’ve included a special News I want you to use item this week. Don’t miss Hack that severance agreement! You’ll learn not just what you might ask for, but what to avoid agreeing to.

Do you have a good severance agreement with your employer? Are you in management? How did you negotiate your severance deal? Do you bring severance up when negotiating a job offer?