How can I negotiate an NCA or NDA?

In the June 21, 2016 Ask The Headhunter Newsletter, a reader doesn’t like giving up future opportunities by signing restrictive agreements.

First of all, thanks for writing your columns and educating us folks out here. If we ever form a union, you’ll get my vote for union leader! Anyway, I was wondering about non-competes and NDAs. I know you’re not a lawyer, but I’d like to hear your thoughts on the subject. 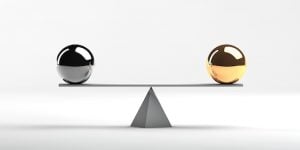 I can understand why companies want and need non-competes and NDAs, but I feel signing such contracts limits my future job opportunities; at least the ones that would pay me the most. So, I could refuse to sign, and they can refuse to hire me. If I want the job, it seems I’ve gotta bite the bullet. Perhaps I could sign the contract as “Darth Vader” and they won’t notice.

Is there a fair, balanced deal that I could make here? Thanks for your thoughts.

Ouch, you’re hitting a nerve. Non-compete and non-disclosure agreements (NCAs and NDAs) are a sore spot with me because I believe they’re over-used, misused and too often signed. Nonetheless, both documents are becoming more common. Heck, they’re such boilerplate that you might be right — you could sign as Darth Vader and they might never notice! Some companies might just file the darned thing without looking at it any more carefully than they expect you to. But, don’t bet your future on that.

What’s an NDA or NCA?

For those who don’t know what we’re talking about, an NDA is an agreement you sign as an employee prohibiting you from divulging sensitive company information while you work at the company and often after you leave. When you sign an NCA you agree not to compete with your employer (now and when you leave) by soliciting its customers, going to work for a competitor, or through other actions. Sometimes, an NCA and an NDA are rolled into one document.

I think companies often use NCAs and NDAs for no other reason than because “everyone else does it.” The fact is, these agreements are very controversial. In some states NCAs are illegal because they restrict a person’s right to earn a living. Nevertheless, when you take a job, it’s up to you to protect your rights.

There are some legitimate reasons for a company to ask you to sign such agreements; for example, when you’ve worked on a sensitive trade secret that, if leaked, could cost the company a lot of money. It’s up to you to decide what’s reasonable, or to discuss it with an attorney who represents you, not the company.

There’s no reason to get into an argument with a prospective employer about an NCA or NDA. The best thing to do is negotiate it. Because these agreements are often legal boilerplate, a company that really wants to hire you may be willing to negotiate specific terms that you object to. You may be able to get both the compensation deal you want and a comfortable agreement.

Your goal with an NCA or NDA is to limit the constraints. Here are some terms to negotiate:

In light of the limit that an NCA or NDA might place on your future job opportunities, I recommend getting quid pro quo. That is, get fair value for anything you relinquish — and work this out before you accept a job, not after you’re on board. An employer has no incentive to re-negotiate an overly restrictive NCA or NDA after you’ve already joined up.

When a company wants an NDA or NCA to protect its interests, then you should get something to protect yours. Always trade fair value. If a company is going to restrict your ability to earn a living, it should compensate you reasonably.

Get a contract.
If you agree not to go work for a competitor for a year (by signing an NCA), then don’t agree to work “at will,” whereby the company can let you go any time it wants. In exchange for signing an NCA, request an iron-clad employment contract. That way, if the company terminates you, it agrees to keep paying you through the end of your contract. The NCA gives the company protection (perhaps for a year), and the employment contract protects you (for a year also). By asking for a year, you might be able to get six months’ pay, if you consider that sufficient.

Get a severance deal.
Another quid pro quo for an NCA or NDA is a significant guaranteed severance deal. Ask for it, since your choice of next employers will be limited. Negotiate a severance package as a form of compensation for relinquishing your right to compete or to “talk about your work.” (Be careful: A blanket NDA can actually restrict you from talking about work you’ve done that is not even proprietary to the company!)

What might be in a severance package varies. Usually, severance is one week’s pay for each year you worked at a company. But in this case, we’re not talking just about severance; we’re talking about a special deal that compensates you for relinquishing some of your freedom. In my opinion, if you sign a one-year NCA, the company ought to cover you for at least a year after you leave, or until you land a new job that does not violate the agreement. (If that sounds extreme, so is an NCA!)

If the company’s not willing to compensate for protection, then it should not require an NCA or NDA. It should instead keep better control over its proprietary information and avoid divulging to you anything during your employment that might compromise the company when you leave. It’s up to the company to manage its assets — not you.

If any of this perplexes you, it’s smart to consult an attorney. It will cost far more to defend yourself later than it will to protect yourself now. (For some valuable insights from my favorite attorney, Bernie Dietz, see Employment Contracts: Everyone needs promise protection.)

Thanks for your kind words about Ask The Headhunter. But, no thanks — don’t elect me as your union leader!

Have you ever signed an NCA or NDA? Did it come back to bite you? Or, did you negotiate compensation for a fair restriction? How would you advise this reader?