Salary Negotiation: How much to ask for 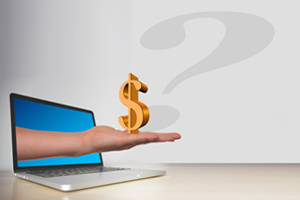 We’re told that whoever mentions a number first in a salary negotiation loses. When employers also demand to know our current salary, that just makes matters worse. So what are we supposed to do in a job interview when this comes up? How do we know how much to ask for and when to do it?

This question came up in a Zoom workshop I did today for about 50 job seekers in a professional group in New Jersey. It triggered a wild discussion. It was great! And I think it’s worth having our own discussion about this important topic here.

The myth that “whoever says a number first in a salary negotiation loses” has become penny-ante advice served by self-anointed negotiation experts and career coaches who feel safe telling you “it’s best not to say or do anything!”

That’s bunk. Researchers in behavioral economics give us clear guidance from their work on the anchor effect. To wit:

“A well-known cognitive bias in negotiation, anchoring is the tendency to give too much weight to the first number put on the table and then inadequately adjust from that starting point…”

What this essentially tells us is that whoever puts the first number out there can effectively control the final number agreed upon. That Harvard Law School reference isn’t much fun to read. If you’re serious about negotiating, please study William Poundstone’s excellent (and very readable) Priceless: The Myth of Fair Value (and How to Take Advantage of It).

Then read Predictably Irrational by the brilliant behavioral economist Dan Ariely. Don’t fall victim to old wives’ (or husbands’) tales about who goes first. Who wins is who knows what they want and takes control of the negotiation immediately.

Why salary is called compensation

In the rush to negotiate the best deal possible, job hunters every day forget what they’re negotiating for. You’re not negotiating money. You’re negotiating the price of freedom to do the job without distraction.

The money and benefits a company bestows on you in exchange for your services should completely free you from worry about the demands of your personal life so that you can devote your time to, and focus your energy on, the work the employer needs you to do.

Literally speaking, a good job offer should “relieve, equalize or neutralize… pressure or stress” associated with any aspect of your life that might distract you from the job. That’s what compensation means.

It matters that you’re earning what you’re worth and that you’re earning all you can. But, a good job offer starts with a company taking care of your needs so you can take care of its needs. It ensures that the employer has a healthy worker. That’s the foundation of a good deal. And that’s why it’s called compensation. (A living wage is fundamental to commerce. It’s why I take the position that a healthy national minimum wage is so important.)

How to decide how much you want

So, how much salary, or pay, or compensation do you tell an employer you want?

It’s important to have an idea of how much money you’re worth when considering a particular job. But, it’s also important to know how much you want. This is a very personal decision.

Few things are more painful than accepting an offer only to realize that you were wrong about what you really wanted. I have a simple method to help a job candidate understand what they want with regard to pay.

Consider the specific job at hand and ask yourself three questions, so that you’ll have three ascending figures to work with:

Don’t take the job unless you can negotiate the offer to somewhere between (2) and (3). If an offer isn’t going to at least make you happy (2), it’s not worth accepting. If it doesn’t come close to making you jump with glee (3), the job probably won’t, either.

Express this number as a range so you’ll have wiggle room. You might even note to the employer that if you learn during your interviews that the actual job turns out to be materially more involved or demanding than what they expressed, then your range may change, too.

Finally, ask them whether that’s in their range, and whether they want to proceed with serious discussions about working together —- that is, a complete job interview. It’s actually best to point out that since you’ve disclosed what you want, you’d like to know what their salary range is for the job. But most employers won’t tell you.

Who wears the negotiating pants?

Employers could save themselves a lot of time and trouble by setting a realistic anchor when they post a job. They should post the salary range with it! Why is it a secret anyway? In my experience, most of them are surprisingly naïve. They believe they really might get a bargain because they’re such good negotiators! They’d do better to invest time with candidates that know the salary range in advance. That’s right: A smart employer will set the anchor point first!

Now for the put-on-your-big-boy-or-girl-pants. Two things.

First, if you’re afraid that naming a salary range will put you at risk of getting a lower offer than the employer is willing to pay, let me put your mind at ease. It is highly unlikely that the employer will hear your range and smirk to themselves, “Wow! What a fool! We were going to offer double that! We’ll save a ton!”

It doesn’t happen. At worst you might leave a few dollars on the table. Chump change compared to the salary. If  you want to wear the pants in a negotiation, take control of the terms immediately.

Second, the far greater risk is letting them set the anchor. That is, you state no range at all and then the employer makes a low offer after you have invested hours and hours talking with them. Now you’re forced to negotiate from a lower number.

Salary Negotiation: Know what you want and say it

If you don’t establish that anchor before the interviews start, don’t be surprised when the employer sets the anchor with the job offer. Oh, you can negotiate. But unless you are a truly stellar candidate, the final offer is not likely to be much higher.

Know what you want. Don’t be afraid to set the anchor. And be ready to hitch up your pants and walk away if the offer is not what you want — or more.

How do you negotiate compensation? At what point do you make clear what you want? What makes you walk away from an interview or a job offer? Has anyone ever told you it’s crass or unprofessional to bring money up “too soon?” Has an employer ever told you that “your concern about money reveals that you care more about money than about the job and our company?”