Earn A Network: Ask for the world’s smallest favor

By Matt Bud
Chairman, The FENG 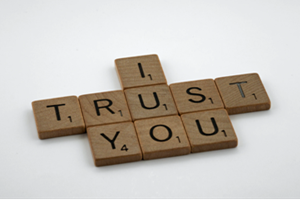 It is always difficult to explain why you trust someone. That sometimes spawns within us the illusion of trust when we try to network.

In our daily encounters out in the world, we come across all kinds of folks. Most of the individuals we do business with on a daily basis don’t have to be our friends, and the nature of the exchanges we have with them don’t even require that we trust them.

As an example: purchasing gas. As long as we can bring ourselves to trust the gas station attendant not to pour the gas into the back seat of our car, there isn’t really much at risk. And, since we probably put this exchange on our credit card, there is no possibility that the value received isn’t the amount we paid. The only trust element, if you will, is that the station you have selected prices their products consistently with respect to their competition.

To be an effective networker requires an understanding and appreciation of how trust is created. Often a person has the illusion that any excuse will do to make a call, but we must face reality if such a networking attempt is to be effective. We cannot rely on an illusion.

When networking within The FENG (The Financial Executives Networking Group), a trust relationship is easily started just by just mentioning that you are a fellow member of our august body. It can then be furthered by developing sound “reasons why” you have contacted this particular member. Perhaps they worked at firms where you have worked, attended the same schools, live in the same town, or belong to the same special interest group(s).

One purpose for contacting individuals to network is to get introduced to others. How valuable and extensive the resulting referrals are depends on your ability to present yourself as a trustworthy person.

Relationships and trust take time to build. You can avoid illusion by creating real trust, if only on a low level. The approach I suggest is something I call “asking for the world’s smallest favor that you know will be granted.” For example, asking a networking contact if they know a few recruiters that they might recommend. Recruiters don’t have much value, and the likelihood that you will “burn” your networking contact is small. It is an easy favor to grant. Now that you have them granting you favors, some trust has been established and you can ask for more.

But don’t be foolish. Don’t expect more than you deserve. For example, asking someone too soon for an introduction to their boss requires them to take a tremendous leap of faith. Making “three wishes” along these lines — and expecting them to be granted — would be too much to ask based on what is in reality still a cold call from a stranger.

While you may be looking for just a name, what you’re asking for is probably of critical value to the other person. They will instantly calculate the possible risks to their own career before they introduce you to, say, their boss. Understanding this will help you focus on what you can and can’t ask. Asking for a favor not likely to be granted will ensure that no future favors are ever granted.

So, the best approach is to go slowly, with sincerity and respect, in building your level of trust with each networking contact. Don’t harbor the illusion that any excuse will do for asking a stranger for a favor.  Start by asking for the world’s smallest favor — one you know is likely to be granted.

The difference between illusion and reality in the world of personal relationships is often hard to distinguish. You are the magician. If you do your hocus pocus well, you will get the best out of those hard-to-make new friends and build a network with a solid base for the future.