By Matt Bud, Chairman, The FENG 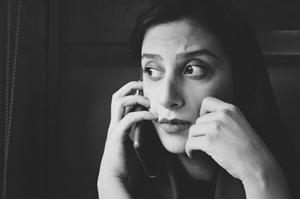 I am always impressed by the eternal truthfulness of the many members of The FENG (The Financial Executives Networking Group). Unfortunately, it is one of the many things about us as financial folks that gets in the way of our finding a new job.

As many of you know, I spent nine years as Chief Financial Officer of an advertising agency. I won’t say from this public platform that I worked with a bunch of liars (please keep in mind that I didn’t say this), but it often felt like those around me were lying even when it wasn’t necessary, just so they wouldn’t get out of practice.

Kind of like on that old TV show “Get Smart” — “Would you believe…?”

Anyway, the issue at hand is coming up with an appropriate explanation for whatever negative experience you had at your last job. Perhaps you got into an ongoing argument with your immediate boss. (He wanted to cheat the government or the stockholders and you didn’t think it was a smart thing to do, and you fought about it.) Frankly, it could be just about any topic. The net result is that you are again in the market and you have this little hole in your resume.

Well, join the club. I was out of work for almost two years and that was followed by a five-month stint in a job from “heck.” I really was in need of an explanation for that one!

And, as one of my friends who was a recruiter would tell me, inquiring minds want to know why you left!

To supplement the truth, you also need to know what exactly your former boss is going to say about you. Sure, you would rather not use him as a reference, and you probably won’t list him, but you need to be concerned that someone who may want to hire you knows him, or knows others who do.

I thought I knew every method a job seeker could use to deal with a bad reference. My favorite is The Preemptive Reference. But my good friend Matt Bud has surprised me with this disarming and smart recommendation. -Nick
So, the approach is to call and ask what he will say. Don’t suggest things for him/her to say. The reason I say this is that in the heat of the moment your carefully scripted response may be forgotten. Call and ask what will be said if he/she is asked for a reference on you and carefully listen to and write down the answer. DON’T RESPOND! First of all, there is no point, and second, that is not how you are going to use it.

If asked for a reference from your most recent employer you are going to repeat the exact words you just recorded (for the person seeking the referral) and then you are going to add that they need to understand the circumstances under which you left. Don’t rattle on at length or you fall into “The lady doth protest too much, methinks” syndrome. Just be matter of fact about it. Hey, you’re an adult and your boss was an adult and you agreed to disagree. End it with, “You may call if you want to, but this is what will be said.”

If they call, there will be no surprises on the part of the person seeking the referral. This is the important part. Since you copied down the exact words, they should pretty much match with the “caught off-guard response” from that individual “with whom you spent so many pleasant hours.” Since there is no difference, their opinion doesn’t matter. You have already explained it away!