What do you mean I can be fired for any reason or no reason at all? Who made up this rule? Why do I have to follow the employment at-will doctrine? Well, you don’t, and there are several reasons companies and employees should shift to a modified approach that satisfies the expectations of both the employer and the employee. 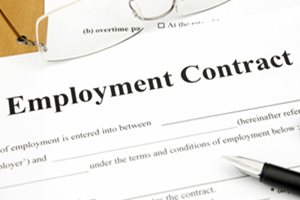 Over the past 23 years I have handled employment law cases for both executives and employees. My clients are really confused and bewildered by the employment at-will rule, and about the significant financial impact it creates when employers decide to let them go.

Many clients say they understand the basic rule that they can be fired at any time (“at will”), and that they can leave a job at any time. But beyond that, they know absolutely nothing about why the rule came into being or, more importantly, how they can negotiate around it. When a termination occurs, the adverse impact of the rule becomes clear. They suffer from the break in their career trajectory and from the resulting financial uncertainty.

Enter the LeBron James Rule. (I made up this rule). Basketball superstar LeBron James can write his own ticket to work wherever he finds the highest bidder. He can demand that the “termination for cause” in his contract be accompanied by the “good reason provision” — and the latter must be accompanied by a severance payout. This makes the employer think twice about terminating an employee.

You might say not everyone is as fortunate as LeBron. I disagree, and this is what has bugged me for many years. Too often, our knee-jerk reaction is to accept this stupid and ill-conceived at-will rule. Some say, just be grateful you have your job. Give me a break! There is a new way to handle this.

I propose getting rid of the employment at-will rule and replacing it with the modified LeBron James form we see in executive employment contracts.

When negotiating a job offer, employees (not just executives and LeBron James) need to negotiate employment contracts into the deal. Employees need to identify their leverage factor and use it. That is, what makes you the most desirable hire for the job? This is what makes the employer throw higher pay, equity, or severance at the job candidate in order to induce you to accept a job offer. (See the Comments section in How to Say It: How ’bout some severance pay?)

Under the LeBron James rule, employees could be fired only for “cause,” and the employee could terminate employment for “good reason.” Further, if the good reason event occurs, then the employer must pay a severance amount to take care of some of the financial issues related to your transition to new employment. If you land a new job, your severance stops, as this is fair.

Find your leverage and do not be shy about asserting it.

Here are several positive effects of eliminating the employment at-will rule based on my research into this issue. 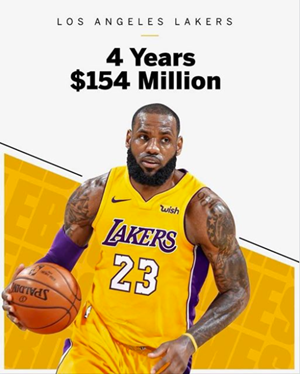 Finally, here is my shout-out to older employees. Employers like to say, “We honor your wisdom and experience, you are worth every penny we pay you.” Many employees who are in their fifties and even sixties are well paid because they have many years of experience to offer, more than someone twenty years their junior. Some get fired (or not hired) simply because of their age.

I say we should apply our new rule to keep older employees on board. (See Age 70, working and job hunting again.)

We should focus on the positive economic impact these older, wiser employees can create for the company. Management must stop using the at-will employment excuse to terminate baby boomers because this abhorrent practice is not financially sound and never was to begin with. It’s like a bad drug addiction. Remember, wisdom still is a virtue for a reason.

When will we see elimination of the employment at-will rule? When management realizes they can make greater revenue multiples by providing better job security. They will have to stop listening to management-side defense lawyers  who lobby incessantly to maintain the employment at-will rule for every client. The world isn’t flat, but we believed it was until someone showed us it wasn’t. The same goes here.

Management should adopt this new LeBron James rule and maybe — just maybe — they will finally see that #employees_matter.