In the July  16, 2019 Ask The Headhunter Newsletter a reader worries about resigning the wrong way. 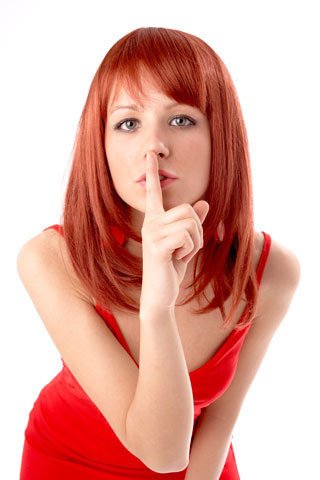 I finally landed my next job after months of interviews. Now I don’t want to blow it until I’m actually on board at the new company. I say that because the last time I changed jobs I made the mistake of telling my boss too soon, before I even had a job offer. I thought he respected me enough to wish me well, but it blew up in my face. He told HR and I was walked out the door. I can use some advice. How should I handle it this time?

Before I offer my suggestions, I’ll tell you about a vice president of engineering I placed. I moved Hans from the southern Florida “spook industry” (that’s what he called it) to San Jose, California, where he was hired to run an engineering department at a company that made state-of-the art communications equipment.

A week before Hans was to move his entire family and start the new job, the president of my client company called me. “Someone left me a worrisome voicemail. They didn’t leave their name and the number is untraceable. They said Hans has affiliations we should be aware of. What’s this about, Nick?”

The tight-knit Florida “spook industry” (purveyors of electronic equipment that spies use) didn’t like that Hans was leaving their little community and taking his insider knowledge with him. They made that call to nuke Hans’s new job — and his family’s future. Never mind how I found out; that’s my job. In the end, it all worked out and Hans had a long, successful career in San Jose.

What happened? Hans made the mistake of telling someone back home where he was going. Hans knew full well how to keep his mouth shut — that was the business he was in. But Hans also had a healthy ego and he wanted to impress some of his close friends, not realizing the risk he was taking.

When I discussed this with him later — he was incredibly embarrassed at his own behavior — I explained risk to this seasoned executive.

“The risk that someone you told would hurt you was probably very small, so you overlooked it. The trouble is, even the tiniest risk is not worth taking when the potential consequences could be catastrophic. The tourist who climbs over the railing at the Grand Canyon to take a selfie knows the chances they’ll fall into the abyss are tiny. But the consequences are enormous. So it’s not prudent to take that risk.”

That’s why, when you plot your exit from one employer to another, you should never, ever disclose to anyone — least of all your boss and co-workers — what you’re about to do and where you’re going.

The following is from my PDF book, Parting Company: How to leave your job. It’s just a short excerpt of the chapter, “Resign Yourself To Resigning Right,” pp. 42-43:

Too often, in the throes of deciding whether to accept a job offer, a person will start the resignation process too early. That is, he’ll let his boss know he’s thinking about leaving in an effort to get more input as he’s working through the decision. But he’s looking for advice in the wrong place. (See “Should I tell my boss I’m leaving?”, p. 38.)

Unless you have a rare boss who is more concerned about your future than about his own or the company’s, don’t do it. Regard any discussion about your potential resignation as tantamount to tendering it. Once you let the cat out of the bag… it may be impossible to put it back.

Word may get out among your co-workers, and it may affect their attitude about you. Your boss may view what you’ve divulged as an indication that you’ll continue looking, even if you don’t accept the job offer. And, if you haven’t yet made a decision, all that talk may lead you to make the wrong decision.

I’m a believer in getting advice and insight about a potential job change. But, I think it’s dangerous to seek such advice from people whose own jobs and lives will be impacted by your decision. If you work in a very tight-knit organization of mature professionals who respect one another both personally and professionally, your experience might contradict what I’m suggesting. But most people don’t work in such an environment. If you need advice, get it from a trusted peer or mentor who preferably works in another company. Don’t jump the gun. Don’t disclose your intentions when it might hurt you.

My advice is to give notice to your employer only after you have a bona fide offer from the new employer in writing, signed by an officer of the company, and after you have accepted the offer in writing. Your acceptance letter should include a statement to the effect that you are “advising that my acceptance of this job will require me to resign my position at [the old employer] and to relinquish my income from that job, and that I will rely on the compensation of [$X — whatever the offer is] from you.”

That “statement of reliance” is recommended by an employment lawyer who advises that it might protect you legally if the offer is withdrawn. (Please see Lawrence Barty’s comments in Job offer rescinded after I quit my old job, but please understand that this is not offered as legal advice in any particular situation.)

Don’t tell anyone at your old company where you are going, even if you’re so excited you could burst. Tell them you’ll be in touch once you’re settled into your new job (preferably for at least a couple of weeks) because you value your friendships and want to stay in touch. You can decide later whether you really want to do that.

If they beg to know where you’re going, just tell them that some headhunter once cautioned you to keep it confidential — and that when the time comes, they should, too.

Has resigning ever come back to bite you? What does your employer really need to know when you resign? How risky is it to tell people where you’re going? What “parting company” tips would you offer this reader?