Job interviews are illegal. What now?

Ask The Headhunter is usually about Q&A, but we’re going to do something different this week. We’re going to eliminate job interviews. 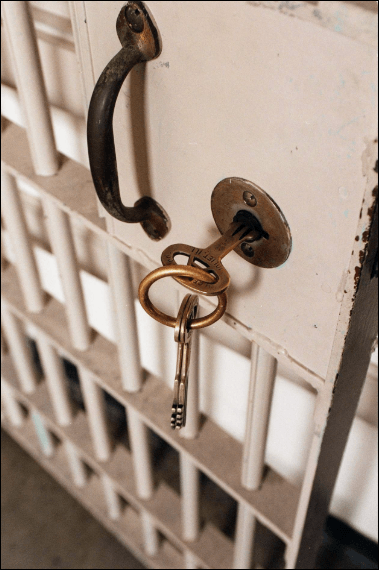 I could write this column forever and not run out of material because you give me tons of great questions about job hunting and hiring, and each week I give you advice. But I have no delusion that it’s the best advice because the best advice surfaces in the discussions we have every week about whatever topic we’re covering.

You test everything I tell you, and that’s why I love doing Ask The Headhunter. But I’m going to suggest that you boldly start testing employers and the entire employment system that governs job hunting and hiring.

What we do here every week is no-holds-barred evaluation and critique of whatever column we’re discussing. I like to think that’s what you come here for — for the candid, honest, respectful dialogue. I don’t think any other online public forum dares to do this.

So it occurred to me, why can’t you test the assumptions and methods employers use to match people to jobs?

That’s the Question of this edition: What should be done to dramatically change the employment system?

I want to hear about, and discuss, your ideas — because the employment system needs a major overhaul.

What if the employment system were illegal?

To motivate your thinking, I’ll propose a scenario: Resumes, job postings and job interviews are now illegal. They’re off limits.

The iconic emblems of our employment system have been vaporized by fiat. (Just like HR departments vaporize your job applications.) Employers and job seekers cannot use the machine any more — the machine that builds and sells shopping lists of your credentials and skills, that catalogs the “requirements” of jobs (as if jobs remain static once they are filled!), and that regulates the Top 10 Stupid Interview Questions that managers rely on to predict whether you can do a job.

In a world where vacant jobs supposedly outnumber unemployed people, where job seekers ghost the employers that used to ghost them (Rude Employers: Slam-Bam-Thank-You-Ma’m), and where none of 10,000 applicants have the necessary education, skills and experience to do an advertised job — we must figure out all over again, How should employers find and hire people?

Has Nick cracked up?

If this sounds like a fool’s errand, a waste of time, or a silly exercise that will change nothing, consider this example.

Several years ago I delivered the keynote at a conference of the National Resume Writers Association. (Yep — they hired a guy who says not to use resumes to give a speech to people who make their money writing resumes.)  In the middle of my talk, I gave over 200 professional resume writers this exercise:

“Break yourselves up into groups of five. You have ten minutes to figure this out. What if resumes were illegal starting today? What would you sell to your clients instead?”

A few in the audience were visibly upset that they were paying to hear a guy tell them resumes were bad. They thought their association president must have cracked up — or that I was cracked for suggesting they stop selling resumes!

The rest of the audience lit up and went to work. They came up with some great ideas.

My favorite: One team suggested a new business model for themselves. They’d organize coffee hours or cocktail parties for groups of their job-seeking clients with hiring managers “to get them out of their business environment and bring them together in a social environment to loosen up a little and talk about their work.”

This group figured people might pay for a service like that. Done right, I think people would.

If a hall full of resume writers can smash their business model, surely we can upend the employment system and come up with good ideas to replace it.

I’ll give you another example of startling ingenuity applied to fixing the employment system. In a comment he posted to a recent column (Weird Tales of Job Offers: The new hire who disappeared), reader Tim Cunningham suggested nobody should take a job without a no-fault audition.

“An employer and employee should have a short opportunity to judge the fit of the new situation for both parties with minimal risk. Just make a one-week mutual audition a part of the job offer.”

That is, an employer shouldn’t hire anyone, and no one should quit (or give notice at) their old job to take a new one, until both have had a try-out. Imagine how profoundly that would change things.

This is your chance to burn down the house and design a new one. And don’t feel guilty about it. None other than Laszlo Bock, the head of Human Resources at Google, told the New York Times that his company ran a big data analysis:

“We looked at tens of thousands of interviews, and everyone who had done the interviews and what they scored the candidate, and how that person ultimately performed in their job. We found zero relationship. It’s a complete random mess…”

Job interviews really should be illegal because Bock says they’re worthless as predictors of job success. Google announced this in 2013, and HR is still paying LinkedIn, ZipRecruiter and Indeed to schedule — what do we call them? — job interviews?

So please have at it, folks. Job interviews (and resumes and job postings) are illegal. So, what now?

What should be done to dramatically change the employment system? All comers are welcome: Big ideas, little ideas, seemingly crazy ideas, and especially ideas that work better than the system that doesn’t.