Reductionist Recruiting: A short history of why you can’t get hired

In the May 12, 2015 Ask The Headhunter Newsletter, I launch a rant about runaway technology in the world of employment. I mean, it’s way past stupid and counter-productive. It’s dangerous!


Or, Why LinkedIn gets paid even when jobs don’t get filled

If you’re going to recruit and hire people for your business, or if you’re going to look for a job, you need to understand why America’s institutionalized employment system doesn’t work. It’s important to know the short history of reductionist recruiting — layers of matchmaking technology designed for speed, distribution, and for handling loads of applicants.

It has nothing to do with enabling employers to meet and hire the most suitable workers. 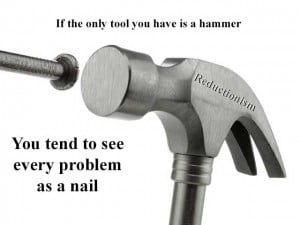 When somebody invented the newspaper want ad, it was an innocent enough way to find people to do jobs. An employer said what it was looking for, people wrote a letter explaining why they were interested, threw in their resume, and mailed it in.

Because a want ad cost quite a bit of money (thousands of dollars in The New York Times), ads were almost always legit. Applicants had to pay for a stamp, and motivation was high to apply only to the most relevant. What’s not to like? Even when professional resume writers stepped in, and started touting salmon-colored paper to make their clients’ submissions literally stand out, it was still manageable; employers knew immediately which applications to throw out! Meanwhile, the newspapers made out like bandits advertising jobs.

When the Internet came along, somebody thought to put all the ads online — to get better distribution, and more responses from more applicants. The jobs sites quickly realized this made wants ads cheaper, and to make money, they had to sell more ads.

Wink, wink — questionable ads, like multi-level-marketing schemes, were welcome! So were ads for expired jobs, kept there by employers who liked a steady stream of resumes even when they didn’t need them.

This never worked very well at all — and it became a disaster of such epic proportions that somebody named it “The Great Talent Shortage.” (See Systemic Recruitment Fraud: How employers fund America’s jobs crisis.) HR departments got flooded with applications they couldn’t process — so somebody invented keywords.

Employers no longer needed to read resumes or applications. Software compared words in job descriptions to words in resumes, and HR could accept or reject applicants without even knowing who they were!

Clever applicants started larding their resumes with keywords — making HR’s job all the harder, and job interviews a waste of time. It was so easy for people to fake their way past the system that HR panicked and drew the blinds. Everyone was rejected.

This experience led employers to agree that, yes, America is in a terrible talent shortage — during the biggest talent gluts in history. Even the U.S. Secretary of Labor, Thomas Perez, banged the gong:

“I speak to a lot of business leaders who are trying to hire. They want to hire and the most frequent thing I hear from them is all too many people coming through the door don’t have the skills necessary to do the job I need to do.”

Reductionist Recruiting: Get paid for $@*#&!

Perez isn’t holding those employers accountable. They use applicant tracking systems (ATSes) to solicit thousands of job applicants to fill just one job — then they complain they’ve got too many of the wrong applicants. The employers themselves are responsible for the problem. (News Flash: HR causes talent shortage!)

Welcome to reductionist recruiting: Jobs don’t matter. People and skills don’t matter. The coin of the realm is what computer scientists call character strings: strings of characters, or letters and numbers, standing in for jobs and people. That’s what’s sold by job boards and bought by employers.

Think that’s far-fetched? Then why don’t employers pay when they actually hire someone from a job board or applicant tracking system?

The product is keywords. The system has nothing to do with filling jobs, or that’s how LinkedIn, Monster.com, Taleo and JobScan would get paid.

They get paid to keep the pipeline full of character strings. Employers and job seekers get scammed every day they play the game. And HR is the culprit, because that’s who signs the purchase orders and the checks to use these systems.

The high-tech-ness of all this (Algorithms! Artificial Intelligence! Intelligent Job Agents!) sent venture investors scurrying to put their money into reductionist recruiting, because HR departments didn’t care whether they hired anyone. Their primary business became the “pipeline” of job postings and processing incoming keywords.

That’s why Reid Hoffman and Jeff Weiner are getting rich while you can’t get a job.

It’s all stupid now. The head of Monster.com promotes “semantic processing” algorithms that match keywords better than any other job board. LinkedIn (LinkedIn: Just another job board) claims that special keywords — called “endorsements” — add powerful credibility to all the other keywords on people’s online profiles. And “job board aggregators” like Indeed.com collect all the keywords from every job board, grind them up and sort them, and deliver more and better keywords than any other technology.

We know this is all a big load of crap when the next iteration of recruitment start-ups are designed to further distance employers and job seekers from one another. 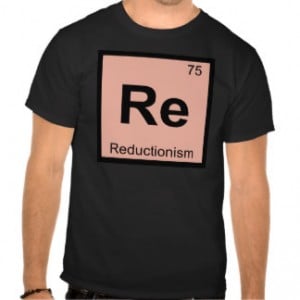 But it turns out JobScan doesn’t do that. It doesn’t help match workers to jobs any more than ATSes do. All it does is help job applicants scam ATSes by using more words that will match the words in employers’ job descriptions. More reductionist recruiting.

James Hu, co-founder and CEO of JobScan, told TechCrunch that, in the past, a real person would review your resume to judge whether you were worth interviewing. “But now you are just a record in the system.”

Duh? And Hu’s service treats you as nothing more. JobScan’s home page shows two text boxes. In one, you post your resume. In the other, you paste the description of the job you want to apply for. You click a button, and it tells you “how well your resume matches the job description.” Now you can add more of the correct keywords to your resume.

In just a couple of entrepreneurial generations, we’ve gone from stupid ATSes that rely on word matches to deliver “too many people…[that] don’t have the skills necessary to do the job,” to a whole new business that enables job seekers to manage the words they dump into those useless ATSes.

(Note to venture investors who missed out on the first rounds of Monster.com, Indeed.com and LinkedIn: This is a new opportunity!)

JobScan’s algorithms tell you which additional keywords you need to add to your application to outsmart the employer’s keyword algorithm.

It’s like your people talking to my people, so you and I don’t have to talk to one another. We can sit by a pool sipping Caipirinhas (my new favorite drink from Brazil), and wait for our respective people to do a deal that will make us all money.

Entrepreneurial ATS makers game the employment system to make loads of money while employers reject more and more job applicants. Now there’s another layer on this scam — and it was inevitable. Entrepreneurs are getting funded to create ways to help you beat the databases to fool employers into interviewing you, whether you can do the job or not. (I wish thoughtful entrepreneurs like Hu would put their talents to work creating value, not outwitting admittedly silly job application systems.)

Job seekers are taught every day that it doesn’t really matter whether you can do a job profitably. What matters is whether you can game the system to get an interview, just so you can get rejected because, in the end, employers don’t hire words that match jobs. They want people who can do jobs. They just don’t know how to find them. (See Getting in the door for alternative paths to the job you want.)

Of course, any dope can see the real problem: HR isn’t willing to hire key words, even though it pays an awful lot of money for them. And it certainly has no idea where the talent is.

I can’t wait for employers to wake up and smell the coffee: Start paying LinkedIn, Monster, and Indeed only when those suckers actually fill a job.

Am I nuts, or has America’s employment system gone completely to hell with plenty of venture funding behind it?