Does it help to be the last job candidate interviewed?

In the March 20, 2018 Ask The Headhunter Newsletter, a reader worries about being the first or last job candidate interviewed. 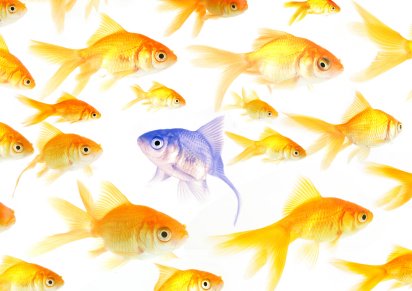 One of the last questions I ask during job interviews is where they are in their hiring process. I have read that one should try to be the last applicant interviewed in the process. But in the majority of my interviews, I have been the first candidate, therefore setting the bar.

How does HR schedule the candidates with the hiring managers? What is your take on how the interview order affects who gets a job offer?

There’s not a rule of thumb about this, but there are some interesting phenomena in the study of cognition and memory that might influence the order of choice.

Are you the most recent job candidate?

In memory research, there’s the primacy effect and the recency effect. The research suggests that we’re more likely to recall the first or last stimulus in a series (for example, a list of foods we’re supposed to remember) than we are to recall those in the middle. So, maybe it’s best to be the first or the last job candidate, but not one in between — because the interviewer is more likely to remember you more clearly.

Does this serial position effect influence who gets hired? I think sometimes it does — but it’s certainly not the most important factor.

In my own experience, I’ve interviewed so many candidates that they all seem to blur together because none stand out. But there’s the point: The candidate who stands out for some particular reason will stand out no matter where in the order they appeared. It’s not hard to see why a very good or very weak first candidate sets such a high or low bar that they stand out in the manager’s mind!

Who gets the offer?

I’ve sent candidates on interviews who were first, and they also wound up being the last to interview. That is, they were the only candidate. The manager cancelled subsequent interviews because my candidate was good enough to be hired.

I’m not suggesting I send in the perfect candidates. Sometimes good managers are just relieved to have a really good candidate. They make the hire and they get on with it. They just end the process at that point. That’s a manager who is being practical, and more power to him or her! Of course, sometimes my job candidate is first and gets the offer, but only after we have to wait quite a while for other interviews to wrap up.

I’ve also sent in candidates who interviewed last and got hired.

Which job candidate stands out?

To learn more about what really makes you memorable to a hiring manager, see Stand Out: How to be the profitable hire.
Now that we’ve discussed what we might call the mind games of psychology, let’s get real. Your goal should be to stand out! That is, to blow away all your competition in your interview – not to manage the sequence. What matters most is what you demonstrate in that interview. That’s what counts.

Be the candidate who hands-down demonstrates how they would do the job profitably for the manager. Be the job candidate the manager remembers because of what you said and what you did in the interview — not because of when you showed up.

An employer that is determined to interview X number of applicants often wastes a lot of time. That employer is very likely to lose its first choices to competitors because the best candidates aren’t likely to wait around for a lengthy decision process. Many companies interview gratuitously. That tells you a lot about the quality of management. They’re so fixated on having lots of choices that they forget the objective is to hire someone who can do the job well! And that might be the first candidate.

Your goal should be to blow away all your competition in your interview – not to manage the sequence. For more tips, please read Why am I not getting hired?

Would you rather be the first or the last applicant interviewed? What has your experience been regarding where in the sequence of candidates you were interviewed? Does it make a difference? If you’re an employer, do you insist on interviewing more applicants even if the first one can do the job well?