The worst job hunting advice ever 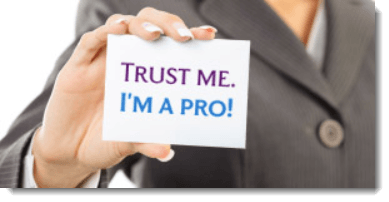 I’ve been in Human Resources 12 years and I have to say your article Resume Blasphemy is probably the worst advice I have ever heard anyone give to a job seeker. The best evidence of future performance is past achievement. I need to know where you worked, where you went to school and what you have accomplished. If that is not on the resume, I don’t read it.

I highly recommend you remove that article before you hurt any more unsuspecting job seekers.

I’m hurting job hunters, when you’re the one tossing their resumes, unread, in the trash?

I help unsuspecting job hunters avoid getting hurt by teaching them how to get past personnel jockeys like you altogether.

The best HR people I’ve known don’t rely on resumes any more than I do. But they’re few.

A job hunter is lucky to encounter an HR person who knows how to read between the lines, both literally and figuratively. The best HR folks manage to avoid blinders when recruiting. They don’t approach candidates (or resumes) with preconceived notions. Like I said, these HR people are few, but they know who they are.

You’re entitled to your opinion, and I’m glad you’ve shared it. I’m publishing it because job hunters need to see firsthand how some HR representatives deal with resumes. (I stand by the Blasphemous Resume.) You make two statements that prove just how dangerous it can be to blindly send resumes to HR departments.

HR Advice: “The best evidence of future performance is past achievement.”

I’m always astonished at how horribly recruiters are hobbled by such claptrap. Here we have an employer who can ask job applicants for any information he wants. So, what does he ask for? A lame, one-size-fits-all recitation of “past achievements.”

First, what constitutes an achievement is subjective. I’ve met job candidates with achievement awards up the yin-yang from companies where showing up in clean clothes every day earns them a regular promotion and a raise. I’ve also met candidates whose resumes are nothing more than lists of tedious job functions, but who underneath all that are outstanding workers.

Second, a clever resume-writing service can apply “action verbs” to turn the most mundane worker into a seeming powerhouse of a job candidate.

Finally, I’ve known people whose resumes showed they were good performers again and again in their past. Unfortunately, they could not translate their abilities to handle the next job.

It took me only three months to land my dream job. It was advertised absolutely everywhere, so I’m sure they received a boatload of qualified candidates.

In thinking back as to how I grabbed this job, I’m 100% positive it was because I followed your Ask The Headhunter advice and did the job in the interview. That simple maneuver set me apart from all the others vying for the job.

Thank you, Nick. Being a member of this community has literally changed my life.

But, can you do this job?

When an employer can ask for any information he wants, he should ask for a demonstration of a candidate’s ability to do the work at hand. That means the candidate should show, right there in the interview, that she can do the work profitably, or learn to do it in short order. (I offer reader Elizabeth Weintraub’s quote as just one example.)

But it’s impossible for a job candidate to do the job in the interview with an HR representative, because no one in HR is expert in the specific work of any department of a company (other than HR). A job hunter wastes her time when she gets caught in the “HR filter” before she establishes with the hiring manager that there are good reasons to meet and talk.

“I need to know where you worked, where you went to school and what you have accomplished. If that is not on the resume, I don’t read it.”

This statement is a good tip-off to job hunters: HR doesn’t read all resumes.

Any resume that’s missing what titillates the keyword algorithm gets nixed. And, who’s to say what might or might not stimulate your (that is, a personnel jockey’s) rejection reaction? Pity the poor slob who went to a school that pummeled your alma mater’s football team. Who wants to take that chance?

It’s also important for job hunters to remember that an HR representative is not the hiring manager. I’ve never met a hiring manager who would reject a candidate who provided a detailed plan of how she would do the job profitably. However, many are the managers who’ve said to me, “Just because she did a job at another company doesn’t mean she can do this job here. Our needs are unique.” (Mind you, I’m not arguing that history is irrelevant; only that it’s not the best way to introduce yourself to an employer, and that it’s not an adequate basis for screening candidates. See Tell HR you don’t talk to the hand.)

It seems you refuse to read resumes that you don’t immediately understand, in spite of the fact that you can’t possibly be an expert in all the disciplines that are important to your company. The smart job hunter will thus wonder, What’s on my resume that might get me rejected? and conclude that it might be anything.

The better risk for a job hunter is to deal directly with the hiring manager, who is likely more interested in the value of the candidate than in words on a resume or in the HR department’s (or some algorithm’s) binary judgement. (See HR Technology: Terrorizing the candidates.)

I advise job hunters to skip, avoid, have nothing to do with the HR department until they have talked with the hiring manager.

Resumes: Too much noise?

There is not a single good reason for a filter at the HR level when a company is hiring. A good manager (these are few and far between, too) recruits, interviews and hires on his own. HR’s job is to provide support, not to decide which applicants the manager gets to see.

(The manager who argues that HR is needed to filter the thousands of incoming resumes should consider that he might be better off not relying on ads that generate tons of resumes that need sorting to begin with.) 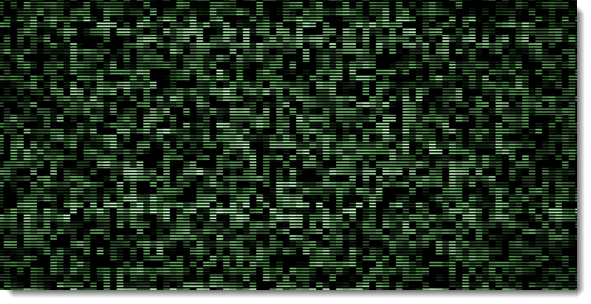 My suggestion to most businesses is that they can relieve their HR departments of recruiting, candidate selection and hiring functions without any significant loss. The HR function is Human Resources, not Human Recruiting. (See How HR optimizes rejection of millions of job applicants.) Recruiting is best left to people who have skin in the game: managers and headhunters who specialize in specialized talent markets. (Yah, I know, maybe we should exclude headhunters, too. That’s another debate.)

Your warning confirms that my advice is indeed blasphemous. (Whew. Thanks.)

I contend that resumes include too much noise. Too many good candidates are lost because HR clerks rely on words in resumes to filter them out. Too many inappropriate candidates wind up getting interviewed just because they have the right buzzwords on their resumes. And it’s all just so much noise that hides the signals that truly matter.

I suggest you read Resume Blasphemy again, more carefully. Perhaps your resume-sorting habits have made you so accustomed to blocking things out that you missed something that matters. The point of the article is explicitly stated:

“In fact, once you have produced a Working Resume, you will likely have done the kind of research and made the kinds of contacts that will probably make a resume entirely unnecessary — you will already be ‘in the door’. (That’s the point.)”

No need to rag on HR, but let’s discuss the two assumptions this personnel jockey made. (1) Is past achievement really the best evidence of future performance? (2) What information on your resume does HR really need in order to judge you?