In the March 10, 2015 Ask The Headhunter Newsletter, a reader complains that the boss laughs off a “small” raise. 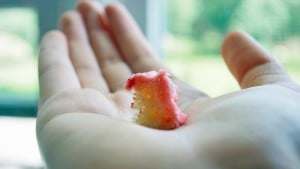 I work for the CFO of a huge company and I am grossly underpaid. When I brought this to his attention (several times) he finally thanked me and laughed it off, saying that I was slightly underpaid. He promised to work with HR to get me the small difference. That was in January. We are now in March. He even pointed out it wouldn’t really affect the budget for the year. It’s so small — yet he has no time to follow up on the paper work. I’ve been in contact with the compensation manager, who said they are waiting on my boss to make the next move. My boss keeps saying “it’s in process.” A “slight increase” to me is enough to cover gas for the week. I’m sure if he’s measuring it up to his $500k salary, it would be considered slight. What should I do?

I’ve been in your situation myself, and I rationalized that “these things take time.” They do, but it’s incumbent on your boss to keep you apprised of progress — and to get it done. Or why is he the boss?

It sounds to me like he’s not on the same page about this, no matter what he says.

These are not good signs. You must decide whether these are signals that you need to be working for a company and boss that value you the way you think you should be valued.

I’m not suggesting you should stir up trouble. If you press this, you could get under your boss’s skin. Because this seems to be a trifling matter to a man who’s paid handsomely, it might be more of an irritation than he thinks you’re worth. In other words, it might cost you your job — and I don’t want to contribute to that if it’s not worth it to you.

But if your boss doesn’t come through with a reasonable increase, you should perhaps hedge your bet by having other options ready to go.

When I went through this once, I waited and negotiated for months. Nothing came out of it. But I finally lined up another job elsewhere. When my boss once again delayed a resolution, thinking he’d just keep me hanging, I submitted my resignation — and I let him figure out what happened.

Nothing makes you more powerful; nothing lets you make intelligent choices; and nothing keeps your spirits up — like having a good option B when option A doesn’t work out.

Because my option B was ready to go, I didn’t even vent my spleen on my jerk of a boss when I quit. I just smiled and moved on. It wasn’t worth explaining it to him because, thanks to the existence of option B, I really didn’t care and mentally I had already moved on! If I wasn’t worth an honest effort at correcting my salary, then my employer wasn’t worth a worry on my way out the door.

We came across a more extreme example of your problem last year: What to say to a stingy boss. While your boss doesn’t sound as bad, you’re still stuck without a raise after a lot of talk. Three months is plenty of time to be patient.

My advice: Even if you don’t need to use it, get yourself an option B. It will free you to look at this in an entirely different way. It’s not good to be under someone else’s thumb with nowhere to go.

For your next job, try this approach to compensation: How to decide how much you want.

How long would you wait for your boss to do what he promised? What else could this reader do?