In the December 3, 2013 Ask The Headhunter Newsletter, a reader wants to join my network:

I wanted to send you a LinkedIn invitation to connect, but I noticed on your LinkedIn profile page that you only accept connections from people you already know. How can you expand your network if you don’t want to meet new people? I respect your policy, but I don’t think it’s a good idea. I could introduce you to people you can do business with. What’s wrong with that? 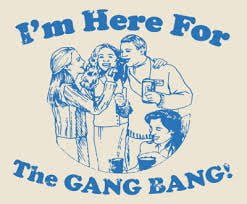 Please check my LinkedIn profile again. It’s changed since you last looked. Send me that request — I’ll accept it.

My profile used to say: “Don’t ask me to join your LinkedIn network if we don’t know one another or if we haven’t done business together.”

That was a lofty standard, and one I maintain in the real world.

If you don’t get it, think about it this way. If I get a call from an employer (or any business person) that wants to check your references, I need to know what I’m talking about, right? If I don’t know you well enough to give you references, why would I accept you as a LinkedIn connection? We’d both look like idiots.

But that was then, and this is now

Welcome to the new world of LinkedIn b.s. connections, where phony relationships are the coin of the realm and everyone can pretend to know one another.

In the real world, I have standards. On LinkedIn, I’ve deleted my aforementioned linking policy, because there are no standards. (I know a guy who has 118,000 connections. He’s an idiot, and the “influencer” articles he posts are as phony as his relationships.)

So, send me a connection invitation. I don’t care who you are any more than LinkedIn does — I’ll connect, because it means about as much as being in the old Ma Bell phonebook, or being findable on Google. Everybody’s already connected “because they’re in there.”

Don’t get me wrong. I love LinkedIn. It’s the best online phone book ever assembled. It’s incredibly nice to be able to look people up.

But I propose that LinkedIn do away with connections altogether, and just let users query the system when they want to get in touch with any other member, without pretending there’s a pre-existing relationship. Even LinkedIn seems to think there’s nothing special about your (or my) connections. It doesn’t care which button you click when you invite someone — colleague, classmate, friend… the system lets you fib.

In fact, a class action lawsuit filed recently in San Jose federal court says that LinkedIn doesn’t even recognize the value of contacts. The litigants claim LinkedIn hacks new members’ e-mail accounts and appropriates their contacts — to advertise LinkedIn, to get new members, and to implement the company’s mission. (LinkedIn refers to this as “new growth optimization efforts.”)

So, who am I to tell you I won’t accept your link requests? I do admit to a subversive agenda. If we all connect to one another, then we don’t need to pay LinkedIn for access to people outside our connections, and LinkedIn can’t block any of us from using its network the way it uses its our e-mail lists: To make money.

According to Bloomberg, LinkedIn programmer Brian Guan spilled the beans on his own LinkedIn profile. He describes his job as

“…devising hack schemes to make lots of $$$ with Java, Groovy and cunning at Team Money!”

“Team Money” used to be a business network with standards that rose above, say, those of Facebook. It was, after all, a place for business people to transact business. But LinkedIn started cashing in its chips even before it did an IPO, and now it’s just one big data gang-bang. LinkedIn has signaled clearly that it’s just in it for the money — and any semblance of exclusivity, or integrity about connections, or concerns about members’ welfare is gone.

LinkedIn is the new TheLadders, the world’s last failed “exclusive” network of businesspeople. Both companies have thrown the doors open to anyone and everyone, after making highfalutin’ representations about “networking.”

It doesn’t matter whether we know one another or have done business together. Send me your LinkedIn invitations, and I’ll accept them. No offense to you but, like LinkedIn, I want to use my connections to make money — and so do you. Unlike LinkedIn, I do have scruples — I’ll never sell your data to advertisers. But keep in mind that what I do with your data doesn’t matter. LinkedIn will sell our data to anyone that will pay for it. We’re all in the phone book, after all.

My only quandary: As a parent concerned with my own children’s safety, what do I do when 13-year-olds start asking me to connect?

What’s your take on LinkedIn connections? Do you limit your list, or is it a gang-bang like mine? Just how much b.s. will people pay for?