What to do about a broken job

In the August 27, 2013 Ask The Headhunter Newsletter, a reader is frustrated by interviewers who don’t want to talk about the work that needs to be done…

I think your suggestion to “do the work in the interview” is literally right on the money. Nothing else shows how you’ll contribute to the bottom line. But a lot of managers just won’t put a challenge on the table for you to work on during the interview. It’s like pulling teeth to get them to think that way. (Of course, it’s also a test of whether they understand their own job, how candid they are and whether they’re worth working for!)

What do you think of a manager who cannot or will not pose a challenge he’d want you to tackle if you were hired? What’s the next step if this happens in an interview?

The job candidate who takes a job like this usually winds up sucking canal water. I’ll explain that in a minute…

Sometimes a true story of a job candidate’s experience is far more instructive than my opinion. So I’ll recount a story for you. 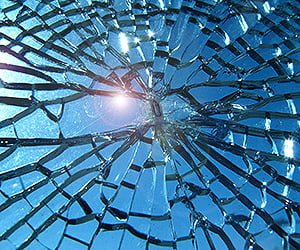 Richard met with the Vice President of R&D for the entire operation–a scientist who had been with the company most of his life. The interview went very well. The two men hit it off both professionally and philosophically. As the meeting wound down, the V.P. asked Richard if he had any questions. Richard recounted the story to me:

“I decided to follow your suggestion and I asked the V.P. if he could please lay out a live problem or challenge he would want me to handle if he hired me. This clearly struck him. The V.P. put his hand up to his lips and really thought about it seriously. This went on for a few minutes while we sat in silence. You’d think this was uncomfortable, but it wasn’t at all. It actually felt perfectly right, like I had stimulated the big picture for him. This man, a brilliant Swiss researcher who is known all through the industry, was really thinking.

“Finally, he put his hand down and leaned toward me with a friendly smile and said, ‘You know, that was a very good question and I really can’t think of anything right now.'”

The meeting ended, the two men shook hands and went their ways. To answer your question, there is no “next step” in a situation like this. You’ve just witnessed one of the most important signals a hiring manager can give you: There is no job here.

Three weeks passed. Having heard nothing, Richard called his friend at the company to ask if she could obtain some feedback about the interview.

“Oh, your meeting went very well from what I heard,” said the insider friend. “But they didn’t get back to you? The V.P. decided to cancel the position. He decided not to fill it.”

Richard called me next.

“You’ll never guess what happened… They might have decided not to fill the job for any of a number of reasons. But I could see it in the V.P.’s eyes while he was thinking about my question. My bet is that he decided there was no real job to fill when he realized there was no challenge that he could discuss with me. Call me presumptuous, but I think our discussion made him cancel the position. Imagine if I had talked myself into that job–there was no job. Just an open position!”

Asking a manager to lay out a live problem for you isn’t just a way to challenge yourself and to set the stage to show what you can do. It’s also a very loaded question that can reveal much about the employer and the position itself. Just because a position is open doesn’t mean, as Richard points out, that there’s a job with a future.

Companies often fill positions just because they have “head count”–budget to pay for an employee. The budget stimulates a requisition which stimulates a job description (which is often a rehash of an out-of-date job description). Soon the HR department is advertising for candidates, scheduling interviews, and preparing to make an offer.

The manager wants to protect his budget (Who wants to give up budget money?) and goes along with the process. But this is how “the work” becomes divorced from “the position” and it’s how serious hiring mistakes get made. It’s also how a job applicant winds up swallowing canal water.

When there’s no specific challenge the employer can tell you about, that means there’s no desired outcome for the job. Which in turns means there are no metrics to judge your performance. Which means the job is broken. And you’re screwed if you get hired.

If you ask the question Richard asked, and the employer lays out a challenge, will you be ready with a good answer? In Fearless Job Hunting, Book 6, The Interview: Be The Profitable Hire, you’ll find these two detailed sections of advice and how-to:

How would you handle a live challenge from an interviewer? Have you ever encountered a broken job? (See the canal water link to find out what that is.)