Pssst! Here’s where you should be recruiting top talent!

Here’s an excerpt from a comment posted by Mason on another column, Get Hired: No resume, no interview, no joke:

The problem is this. Employers actually LOVE this current job market. They can control costs by paying exactly what they want for a given job/position…and they have an ENORMOUS pool of willing applicants from which to choose. Some of them, I would say most of the Fortune 1000, are doing well and extremely profitable. There is little reason or incentive for them to hire more people.

I just got rejected after 9 AM in the morning after I applied for a job at midnight. Something tells me a human didn’t actually read my application.

Companies who treat the employees like crap will be emptied out of their good employees once the economy gets better. Of this I am convinced. If a company craps on people in the bad times, they certainly cannot be trusted in the good times….

I think Mason is right. I saw his prediction come true in Silicon Valley more than once, after a bust cycle turned into a boom. Here’s how it works — and you tell me if you agree. 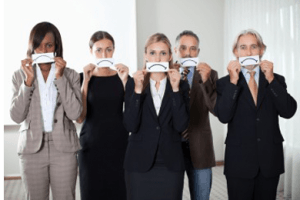 During a bust, revenues and profits crash. Business tanks, and companies lay off workers because they can’t afford them. As the cycle turns and we start toward a boom (or think we are, anyway), sales take off, revenues spike, and profits surge.

The dirty little secret, though, is that a big part of the soaring profits stem from higher productivity that results from lower staffing levels. Fewer workers are doing more work, which yields higher profits for employers. This is nice. But it’s unsustainable. It’s junk profitability.

While some of the higher productivity can be attributed to increased efficiencies created by technology, much of it is still due to artificially low staffing levels. Companies today are teetering on the bleeding edge of high profits, and they really don’t want to start hiring again if they can avoid it.

Where the talent is ripe for the picking

The question is, how long can they sustain these levels of productivity and profits? Over-worked employees will leave the minute someone makes them a better offer.

And that’s an enormous opportunity for companies that get it. Riding the wave requires deft skills, and greed just causes more crashes. Some top-notch workers are already looking for better deals — because the economy is at a tipping point.

If you want to recruit top talent — dedicated workers who are ready to move — you need look no farther than the most profitable companies that haven’t been hiring. They may be advertising jobs, but as Mason suggests, they’re just pretending. They’re not hiring at levels significant enough to sacrifice their artificial profits. Their best employees are ripe for the picking.

Note to those employees whose eyes are wandering — these signals point to renewed freedom to negotiate really good compensation and benefits deals. I believe it’s always good to leave a few bucks on the table when negotiating, as a sign of good faith, but don’t leave too much. As Mason suggests, you still can’t really trust them, so take some profit of your own on the front end.