Manufacturing a Talent Shortage: How companies conspire not to hire you

So American companies say there’s a skills and talent shortage, and they can’t find workers qualified to do the job? And technology companies, in particular, complain the loudest?

According to a Computerworld report, it’s easy to see why. Some companies seem to be conspiring to block recruiting and hiring altogether:

“The U.S. Department of Justice has filed a lawsuit accusing eBay of entering into a ‘handshake’ agreement to not recruit or hire employees of software maker Intuit.”

While Scott Cook, Intuit’s founder, was serving on eBay’s board, he complained that eBay needed to stop recruiting from Intuit. The DOJ suit contends that Cook and former eBay CEO Meg Whitman agreed not to hire one another’s employees.

In yet another stupid HR trick, eBay’s recruiters were told not to consider Intuit employees for jobs, and “to throw away such resumes.” The Computerworld article doesn’t say whether Intuit and eBay hire H1-B applicants after they reject those resumes. 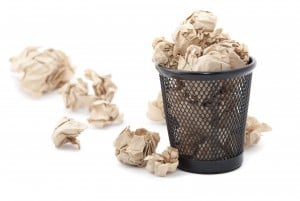 “The alleged hiring truce was a ‘naked restraint of trade’ that harms tech workers by keeping their salaries down and limiting their employment options, the DOJ said in the lawsuit, filed in U.S. District Court for the Northern District of California.”

HR managers in top high tech companies are throwing perfectly good resumes in the trash? And complaining about the lack of qualified tech talent?

Splashing around in the talent pool

The DOJ contends the no-hire agreement between eBay and Intuit started around 2006. Meanwhile, in August 2006, itWorldCanada.com reported that Intuit was so concerned about the tech talent shortage that it started working more closely with colleges and universities to “get people into the computer science programs.” Intuit also conducted a study of computer science enrollments which showed “a great decline.” 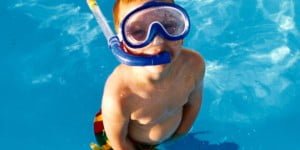 It seems someone was, uh, relieving themselves in the talent pool.

EBay denied the allegations, and Intuit was not named in the DOJ suit. Why? This one’s rollicking good fun. The DOJ had already named Intuit in a similar suit, along with  Intuit, Google, Apple and other companies — and settled it in September 2010. That suit led to the suit against eBay.

Talent shortage? Skills shortage? Only insofar as it seems there’s a surfeit of bullshit in these companies.

My advice: Find a company to work for that behaves competitively, doesn’t conspire to throw out your resume, and is in a business other than manufacturing talent shortages.

What have you seen in the pool lately?