In the November 29, 2011 Ask The Headhunter Newsletter, a reader who’s run a business for years wants to know whether it’s true that the self-employed are unemployable.

I was on a discussion forum today where the consensus is that you’ll never get hired if you’ve been self-employed. Is that true?

I have had my own consulting business for the past 19 years. My original client base is drying up, but happily I have had some luck with a new market. I can definitely stay on my own, and there are good reasons to do so. BUT… I have not explored many job options over the years. Lately I have seen friends & neighbors get good-to-great jobs, things I would love to do professionally and personally. New challenges, terrific companies… and I find myself envying those folks. 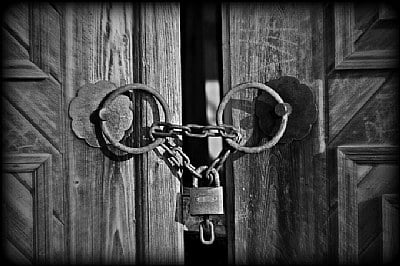 I have been going on some job boards where I’ve seen jobs I would love to have. I’ve studied your approach and I feel confident that I could make good contacts with good companies. I know I would be a great, business-enhancing employee.

Then I came across that discussion forum today. Would it be hopeless for me to even try now? Given what you have written across-the-board, I feel like that forum’s assertion can’t be right. But I figured I’d rather ask you before embarking on a doomed-to-fail effort. (The people on the forum suggest all kinds of subterfuge to hide the “shame” of self-employment. I am very much against subterfuge!)

I have also read that people will “never get hired” if they’re over 50, stay-at-home moms, job-hoppers, or felons (!). I figure that, with the exception of the felons, there must be plenty of people in those categories who get good jobs. Yes?

I’ll tell you what I said to a young man I know who is applying to colleges. He wants to study physics. Princeton is virtually impossible to get into and everyone has told him not to bother. But he wants to go to Princeton.

I told him that if you want to do something, then go after it like it’s the only thing in the world. Your goal is to succeed, not to worry or even to think much about the so-called odds. And you certainly should not listen to the comments and speculations of people who are afraid of failure. 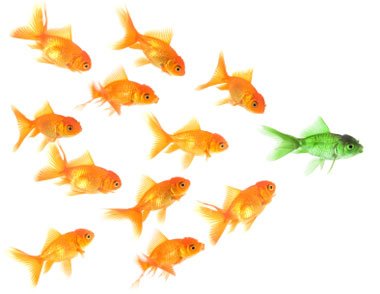 Odds matter only if we’re talking about a population of people, because odds are descriptive of a population. They don’t matter much when we’re talking about an individual. Odds don’t prescribe the right action for an individual. That is, just because Princeton rejected 20,000 applicants is no reason not to apply. What matters is what one person is capable of doing — and what he’s motivated to do.

So, ignore and stop reading that stuff on the forums. Do what you want to do. Do it the best way you know how. People with their own businesses get hired. I don’t know how many, and I don’t care. Even if every single one of them has failed to date, your objective is to be the first one to succeed. If you think you can be a great, business-enhancing employee, that’s what matters. It’s better yet if you can demonstrate those qualities. That’s what will get you hired.

My advice is to ignore everything you’ve been told. Then go do what you set out to accomplish. Either smile or smirk at the naysayers. They don’t matter. They’re pretty pathetic. Failure in America is built upon their fears and chatter.

A 63-year-old reader told me last year she’d landed the new job she wanted — in part because she ignored all the discouraging things she’d heard about age being a obstacle. The young man I mentioned applied to Princeton. Will he get in? Will his outcome affect whether you pursue the jobs you want? Go for it. Stay away from the “You can’ts.”

Did anyone ever tell you you’d never get hired? What’s the secret to success in a “lousy” job market? (Hint: There’s no such thing as a job market.) Tell us what you’ve pulled off in the face of incredible odds — that’s what matters.