You don’t have to look far to find complaints about the job boards, including LinkedIn, Indeed, ZipRecruiter and the rest. I’ve seen some ridiculous claims about how many jobs these websites actually fill, but nothing scientific. Has the government tried to rein these guys in? Has there been any attempt to regulate the job boards? 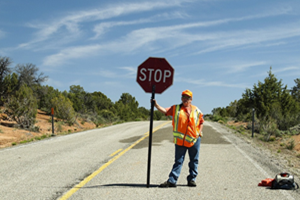 A quick search for “job board success rates” turns up nothing those boards can be proud of. At best, you’ll find loads of criticism about job boards. Several years ago, for a column I was writing for PBS NewsHour, I interviewed CareerBuilder. A spokesperson claimed the job board filled almost half of all jobs in the U.S. but no, she could not show me any data. Around the same time Indeed claimed 65% of hires. I’m still laughing.

What are job boards good for?

One of the more pointed critiques is from employment software vendor CareerPlug. Based on pre-COVID 2019 data, this study slams the failure of job boards as the weakest source of hires:

“An applicant who applied directly from a company careers page was 23 times more likely to be hired than an applicant from a job board.”

“An applicant who applied from a referral was 85 times more likely to be hired than an applicant from a job board.”

When I hear that boards are helpful, it seems to be mainly freelancers and contractors (that don’t want permanent jobs) that defend them.

So, why do the job boards dominate the employment system and suck up the bulk of recruiting dollars? I think it’s simply because they are not regulated.

Time to regulate the job boards?

It’s long past time the federal government properly investigated this database industry — because it’s not a recruiting industry. It’s an amalgam of database jockeys and marketers producing and hawking software that fails epically at recruiting because it does little more than keyword matching. No job board I’ve encountered seems to understand the rudiments of recruiting.

What should be regulated? I’d settle, to start, for basic disclosures.

Require from all job boards:

Where is job board regulation?

To answer your question, I don’t believe government agencies have ever really attempted to regulate the job boards. Oh, there are anti-discrimination laws, truth-in-advertising laws, and more recently salary disclosure laws, but there is scant oversight and regulation of the recruitment advertising business. The Federal Trade Commission has prosecuted some recruitment scammers, but enforcement is too little and too rare. Chasing one-off scams does nothing to address the major players that dominate how you look for jobs and how employers try to hire.

I’m not a fan of regulation for its own sake, but an important purpose of government is to protect consumers from misinformation and systemic deceit in business. Interview 100 job seekers about their experiences with job boards and you’ll find plenty of deceit to justify a federal investigation — and regulation.

Do you think job boards should be regulated? What disclosures do you want to see? What regulations do you believe are necessary? What  misrepresentations and deceits have you encountered? Is there a way to regulate job boards into being truly effective?