Can I use Twitter to reach a hiring manager?

I wanted to get your perspective on trying to use Twitter to get attention from a hiring manager. I’m interested in a role that is a great fit and have tried networking but thus far I haven’t been able to get introduced to him by anyone at his company. 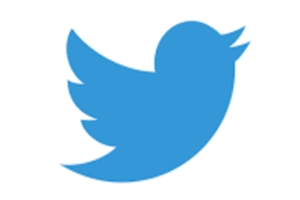 There has been a spate of articles online about how to use Twitter to get a job. It just seems so reductionist — cramming what you want to say into a tweet.

Worse, you’re exposing your entire pitch to the world. How does that get you an edge? It might get you more competition. Just because a hiring manager you want to work for is on Twitter doesn’t mean that’s the best way to address them. (You can “direct message” a manager only if they follow you, or if they accept DMs from anyone, which is unlikely.)

You could try it, but putting my little critique aside, the real problem is that Twitter is just another indirect communication layer you have virtually no control over. Why not go direct?

I’d find the manager’s e-mail and send him the deck you prepared. Better yet, track down someone the manager works with and trusts — and get introduced. This is a different kind of “communication layer” because there’s nothing like a personal referral, even if it’s someone you only just met. You said you’ve unsuccessfully tried networking your way in.  It’s not hard to engineer such meetings. Try a method I call “triangulate to get in the door.”

I admire your creativity. Just because I’m not a fan of addressing a hiring manager publicly on Twitter doesn’t mean you shouldn’t try it, but I’d do something more personal than hang yourself out on a social media platform.

Thank you so much for your response, and your insightful advice. I actually did as you suggested and drafted a “pain letter,” showing what I understand about what the manager needs help with. I sent it along with the slides and my resume directly to the hiring manager. (I spent a couple of weeks on the deck to make sure it was relevant!)

He responded and I’m “in the door!” So this stuff actually works! Thanks!

Yah, this stuff actually works. Managers are often startled by people who skip the job applications and instead jump right into “doing the job.” Glad you tried it! Even before a job interview, you’ve started demonstrating what you know about the job and how you’re going to do it. That gives you a substantial edge.

Please let me know how this turns out!

Have you ever used Twitter to get a job interview? What did you say in your tweet? How about other social media? Does this work any better the other way around — have you been recruited via Twitter?