Thanks for your answers. 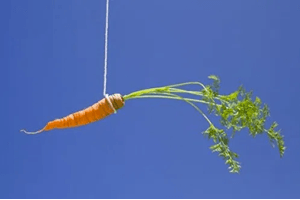 Yes, I’m seeing more signing, or “starting,” bonuses nowadays. Let’s answer your questions in the order you asked them.

1. A signing bonus is a one-shot deal

In a competitive job market, companies do all they can to attract the right kinds of people. If a company really wants to hire you but fears a competitor might snatch you up first (or that you’ll stay with your current job), they’ll pony up a bonus to get you to sign on. Or, they may offer a one-time bonus to compensate for something you’ll be forced to leave behind at your old job — like an imminent raise or sales commission.

That’s what a signing bonus is: a one-time inducement (though it may be in multiple payments) to get you to take the job.

Any bonus is a good thing, as long as you understand the terms. Here are some gotchas that may surprise some people.

Any benefits you get that are based on salary will not be affected by that bonus, because it’s usually not considered salary.

Companies love that, because it’s a short-term, one-time expense to them. Don’t let anyone convince you that a $100K salary plus a signing bonus of $10K is the same as a $110,00K salary without a bonus. Long term, there can be big differences because there’s nothing long-term about a one-time bonus.

Here’s a particularly sneaky gotcha. An employer hired a hotshot sales person and made the signing bonus contingent on the new hire turning over their book of business to a more senior sales person in the company. It was a nasty surprise because the new hire didn’t read the agreement carefully.

3. A signing bonus may not be paid all at once

Signing bonuses can be paid out any way the company wants (and you agree). It’s likely to be paid out over time. That’s because your new employer wants you to stick around. After all, you could accept the job, pocket the entire bonus, and quit six months later.

They’re probably going to spread the payments out, or make you sign an agreement saying the bonus is recoverable if you leave the job in less than, say, a year.

In some cases, they won’t make any payment on the bonus until you’ve been on board for an agreed-upon period of time. Read the fine print, and negotiate.

I don’t give tax or legal advice, so you should check with a CPA and perhaps a lawyer about your specific situation.

Generally, a signing bonus is typically taxable as income. It’s considered part of your total earnings, and whatever your income tax rate is, that’s what you’ll pay on the bonus. The only way around this expense is if the company factors it up to cover the tax on the payment — but you still pay the tax. (Factoring up makes an interesting negotiating gambit.)

At executive levels complex deals can be struck using financial tools and techniques we mortals are not likely to have access to.

Settle it before accepting an offer

You should get all your questions about a signing bonus — and all aspects of your compensation — answered before you accept a job offer. If what you’re told is not reflected in the written offer or agreement, insist that it be added.

The terms of signing bonuses vary from situation to situation. If an employer offers a signing bonus, settle all the details in advance.

If the employer absolutely won’t budge on salary, and you won’t accept what’s offered, suggest that a one-time signing bonus could close the deal without breaking their salary rules and scales. Of course, keep in mind that this won’t have the effect of a higher basis for raises and other benefits — but it’s still more money for you.

Have you been enticed to take a job because they offered a signing (or “starting”) bonus? How was this bonus structured? Were you able to negotiate it? When is it smart to accept such a bonus, and when might it not be so smart?