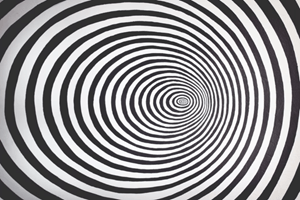 I’d like to ask your subscribers something if you will let me. In today’s weird job market, the responses you collect may be instructive for everyone.

Reading about the recent untimely passing of “Full House” star Bob Saget reminded me of something I once read about Dave Coulier who played Joey Gladstone on the program. Coulier wanted to break into the world of voice acting in Hollywood, so he prepared a two-sided audio tape. One side had recorded excerpts of actual cartoon programs. The other side was him imitating the originals.

He sent the tape to various casting directors, but did not say which side was from the actual program, and which side was his imitation, adding that, if you can’t tell the difference, you should hire me. They were captivated. His career was soon successfully launched.

I’d like to know if your readers ever did something as clever to get, or at least attempt to get, a job.

In “today’s weird job market” I’m sure there are some wild stories about unusual ways to get a job. Dave Coulier’s scheme might seem like a trick to some, but it’s really a demonstration. Long-time subscribers know my exhortation to “do the job to win the job.” By messing with the casting directors’ minds, he helped them see (or hear) what he could actually do. I think that audio tape was a brilliant move.

Poll: Ways to get a job

You’ve proposed a provocative poll of Ask The Headhunter readers. I think it’s a good one that might get folks more motivated, or at least make us laugh. I can’t wait to hear their stories of clever (and maybe too clever!) ways to get a job.

To get us started, I’ll offer up the story of a guy who hired himself. It’s weird, instructive and cautionary. It happened at a small computer company in a time when security was not the concern it is today.

A guy we’ll call Jim was recommended for a software development job to the president of a company, who in turn passed the resume on to the software manager. Jim was interviewed. His skills were good but not exceptional and his ability to communicate was poor. Something about him also made the interviewers uncomfortable. The decision not to hire Jim was unanimous and he was notified.

A few days later the president arrived at work and noticed someone working in what had been a vacant office next to his. He stuck his head in the door. “Hello. Have we met?”

“Nice to meet you, Jim. What are you doing?”

“Working on some code.”

“Well, good, and welcome aboard.”

Later, the software manager noticed Jim ensconced and busy in the office next to the president’s. He figured the president decided to hire Jim for some other job.

It took a few days before the president and the manager realized no one had hired Jim. Having not received a job offer, he started coming in to work every day anyway. The short of it is, he as much took the job as got the job. Thank you, I’m hired. And he was.

What’s the most clever (or not so clever!) maneuver you’ve used, or tried to use, to get a job? Why do you think it worked or didn’t? Are there other unusual ways to get a job that you know about?