The Counter-Offer: Why do they wait until you quit?

After I gave my two weeks’ notice and told my manager I’m leaving for a new job, my current company worked hard to try to get me to stay. My manager’s boss wants to make a counter-offer, but I said no, thanks, I won’t accept it. They both said the door is always open for me to come back. I knew my manager appreciated me, but I did not know his manager did, too. 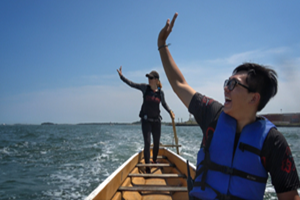 Think about it — my current employer made it clear that I’m a high performer. That said, my boss’s boss should have had this conversation much sooner and I told him so. He agrees!

Why don’t companies let employees know what their value is? Why do they wait until you quit? Think about what it would save if companies were engaged with their employees at that level. Sit down and have a chat — even if you are at a higher level of management. What’s so difficult about that?

My friend, I have no idea what’s so difficult about that. Corporate CEOs are running around like proverbial chickens, squawking that they cannot find the talent they need to hire.

Meanwhile, valued employees like you are walking out the door for reasons those CEOs never bother to discern until you resign. (See Don’t shortchange yourself!) HR tells the CEO “We’ll do exit interviews. We’ll find out for you why our top talent is leaving. Then we can fix the problem.”

I’ve got nothing to add, except that you are wise to walk away. (See Inside a counter-offer disaster.) You shared an instructive story and you provided the solution to your boss and his boss: Pay attention and talk to your employees long before they quit. Thanks, and congrats on your career move!

I’ll throw it to our community: Why do they wait til you quit? Why don’t employers address issues about compensation and job satisfaction while it makes a difference? Why don’t they tell their employees, We love you! Have you been begged to stay after it was already too late?