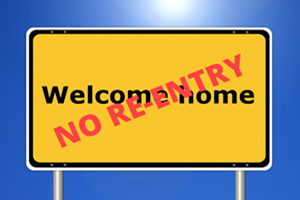 A new hire in my department resigned after two days at work. He took a counter-offer at his previous company where he had been 22 years. I know you advise against accepting counter-offers because it “marks” you as a wayward employee that will likely be replaced soon. My manager says that he burned bridges with our company and we would not interview or rehire him. My take? Employment at-will rules the day, so I would have no problem, but it’s not my decision. Should he be “marked” here, too, because he quit? How would you advise my company if he were to apply again in the future?

You raise a good, new question, even if it’s hypothetical. How should your company, which he jilted, view this if the errant new hire returns and applies for a job again later? I think the answer lies in another question: What’s the a difference between an employee that quits 22 years after they were hired, and one that quits after just two days on the job?

To some extent, I agree with your boss. Why take another chance on a new hire who quits to go back to the old employer? Again, it depends on the circumstances. It’s important to remember that hiring and getting hired is a business and financial decision. Certainly, other factors matter. But in the end, that new hire had to consider several things, including leaving your boss in the lurch and hurting his own reputation.

If he revealed a callous disregard for your company, was rude or manipulative and dishonest, then I’d never rehire him.

Why rehire someone who walked out on you? Well, why did his old company take him back? You do it if they are forthright, very good at their work and honest. I would seriously consider hiring him again if only because my company needs good workers. So I agree with you. Hiring him back would be a business and financial decision. Isn’t that why his original employer made a counter-offer to a “disloyal” employee who “walked out on them” after years instead of days? (Of course, it is possible he’s now “marked” — we may never know!)

Why do we hire?

The unknown is whether he might disappear again. It depends entirely on the individual and the circumstances. If this sounds wishy-washy, consider an extreme case. Suppose this guy was not very pleasant, but your company desperately needed his skills. You might hire him anyway. Sometimes we have to swallow hard, ignore the difficulties, and make the purely pragmatic decision. We don’t hire because we want to be happy. We hire because we need good workers who can get the job done.

The bottom line is, if the guy was worth hiring the first time, he’d probably be worth hiring again. Of course, it would be wise to have a heart-to-heart about “Are you going to do it again?” Perhaps his old employer asked this question, too.

Sometimes we make decisions in business that hurt others, like laying someone off or quitting our job. We’re inflicting pain unintentionally but perhaps unavoidably. Each person and company must do what’s best for them. So, I’ll reiterate the puzzle I already posed: Does it make a difference when someone quits after two days or 22 years?

Where is the line?

Is a no-rehire policy prudent? If this individual were to apply again for a job at your company in the future, I agree with you that they should consider him. Since your boss hired him once, I assume your boss has judged him to be good at his job and pleasant enough to work with. While this episode has been inconvenient and has cost your company time and money, that’s business. If your company writes people off as “no rehire” because they quit, it’s going to miss out on some great talent in a highly competitive economy. And meanwhile, the work is not getting done. So where is the line?

Have you ever started a new job only to accept a counter-offer and quit? What’s your company’s policy on re-hiring employees that quit? Would you re-apply at a company you quit after just two days? Where is the line?