You mean the recruiter isn’t the hiring manager?

A reader wants to hear from the hiring manager, not from a recruiter, in the September 22, 2020 Ask The Headhunter Newsletter. 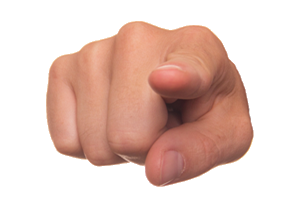 I need to change employers after almost two years of stagnant pay and “nothing new learned.” But I’m fed up with what passes for recruiting. Recruiters almost never know what they’re talking about, and I don’t get to talk with an actual hiring manager until I’ve already wasted a lot of time doing the HR dance. Then the manager tells me I’m not a good candidate! Why don’t companies recruit more accurately from the start? Why aren’t they making better matches before we even get to the interview?

You just identified a profound problem. Most employers start the hiring process all wrong. That’s why they can’t make good matches efficiently. I believe the problem arises before the job interview.

How the hiring manager gets the wrong candidates

I find that most employers and managers demonstrate poor recruiting habits. For example, why do they interview a candidate at all – on the phone, via video or in person — if they don’t already know the person’s level of expertise?

But most managers would object: “That’s why we have interviews!”

I say bunk. A job interview is not the place to vet a candidate on the most basic qualification criteria. That should be done before anyone even contacts the candidate. Leaving this crucial question for the candidate to answer in an interview is a waste of everyone’s time.

You’ve become frustrated because you should not have been recruited to begin with. The rate of hires made to job candidates considered is so poor because employers and their HR departments haphazardly recruit and encourage anyone to apply. These wrong candidates flood employers with so many resumes and applications that HR must turn to software and algorithms to “analyze and sort” the wheat from the chaff. But when an employer turns on a fire hose of job applicants like this, it is creating its own problem!

How many candidates do you need?

Hiring-software maker Workable reports that before filling a job, the average company considers 19 “qualified” candidates. Qualified means the candidate has moved to “promising” or “call” stage of the process.

Multiply that kind of hiring overhead by the cost of HR, management and interviewer time and employers are more frustrated than you are, even if they act like they don’t know it.

How many candidates does an employer really need?

Hiring managers are the best recruiters

What I’m about to say will not help you unless you can find companies that recruit and hire smart by turning this important process over to people that can do it right.

I believe recruiting can be more efficient — and hiring more accurate — if managers did their own recruiting. Who else is better qualified to recognize and identify the talent necessary to do a job? (Anyone in HR that scoffs and says managers are terrible at recruiting isn’t managing its management resources properly!)

There is evidence that when managers recruit via their trusted professional contacts, and verify candidates’ skills and reputations by polling their professional communities, hiring is not just more efficient – the quality of hires is better and new-employee turnover is lower.

Recruiting and hiring are a big job that HR should stop trying to do. Everyone loses when hiring managers don’t do this job themselves. That “HR dance” has lots of bad ramifications.

SHRM reports that, under the prevalent recruiting and hiring processes, up to 38% of hires quit before their first year is up. The employer must again incur the overhead cost of “nine or 10 runaway processes” and “15-25 separate interviews” to refill the same jobs!

This hurts you, the job hunter, because you have to change jobs again.

Why hiring managers can do it better

Jobvite reports that the “most effective” source of hires – that is, the source that drives the most actual hires – is hiring managers. When they actually do it, hiring managers recruit and hire almost three times more candidates than a company’s own HR department does (19.35% vs 6.61%).

I’ll stick my neck out and suggest why hiring managers are more successful at bringing the right people on board. My own experience tells me it’s because they turn to their networks of trusted contacts when recruiting. (Surprise! This is also how good headhunters recruit!)

While HR posts a job and pushes over a hundred applicants through nine or 10 processing steps (“the dance”), a hiring manager finds and talks with perhaps three highly qualified candidates.

But, without a job posting, where does the manager find them? In the manager’s professional community, after asking a few respected contacts, for example, “Who are the best PHP programmers you know?”

Those contacts make only good referrals because their professional relationships and reputations hinge on it. They want to keep the respect of their dance partners. There is no fire hose.

What do hiring managers do differently than HR recruiters? Jobvite says that 43% of new hires leave a job “because it wasn’t what they were expecting.” But why is that surprising, when the candidate’s first contact with a company is with a personnel clerk or recruiter that doesn’t understand the nuts and bolts of the job? Hiring managers are naturally better at discussing the job and the work with candidates. Candidates like you expect a recruiter or interviewer to actually be able to talk shop  on your own level!

If an employer wants to avoid losing almost half its new hires in their first year, it needs to make sure all candidates get the job they were expecting. The best way to ensure that: let a hiring manager (or a credible member of the manager’s staff) be the first person a candidate hears from.

But you’ve already seen that this is not how it works. SHRM reveals a dirty little secret that surely all its HR management members are aware of. Hiring managers recruit new hires only 16%-18% of the time. Given the implications of letting someone else do this critical job, why does any employer permit someone in HR to do the recruiting 51%-73% of the time – when this results in lower hit rates and massive turnover of new employees?

Screening candidates who come in over the transom is a fool’s errand. It takes a lot of time, costs a lot, and imposes ridiculous failure rates. This reductionist approach yields too many – if not all – wrong candidates.

HR posts jobs and solicits applicants in bulk. For the most part HR selects “who comes along.” HR does not go out and find its candidates via trusted sources in the company’s professional community.

Hiring managers pursuing highly recommended candidates through personal recruiting not only gives a company a higher hit rate; it ensures good hires that stick around.

If a manager doesn’t already know a software development candidate is competent in jQuery, for example, then why have the interview at all? Maybe the keyword “jQuery” isn’t even a critical criterion for pursuing the candidate. What if the hiring manager’s trusted source says, “This candidate hasn’t used jQuery, but I recommend them highly anyway because they’re quick learners who have used related tools.”

When hiring managers are left out of the initial recruiting effort, recruiting is by definition dumbed down. When HR, which usually lacks subject matter expertise and insight, makes the first cut of candidates, then the likelihood of meeting the wrong candidates increases. That’s also how employers miss out on the very best candidates – and then waste precious time sorting through more candidates.

If you want to avoid wasting your time, look at who is recruiting you.

Who recruited you the last time you got hired into your favorite job? If you’re a manager, do you agree you’re the best recruiter for your team? If you work in HR, or you’re a recruiter, do you buy what I’m saying? What other methods of recruiting might make better matches?