My headhunter is competing with me!

In the August 20, 2019 Ask The Headhunter Newsletter a reader is confused about how a headhunter operates. 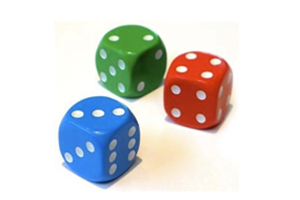 Is it an ethical or typical practice that a recruiting agency submits more than one person for the same position? A headhunter contacted me about a management role in information security. I went in for the interview first, and while following up with the headhunter afterwards I did a bit of a brain dump about the way it went and what their personalities were like. As I was telling the recruiter my experience, I heard her clicking away at the keyboard and instantly I was thinking who is helping whom? So I asked, are you submitting someone else, and she said yes, the agency was, but she was not personally. The information I shared was used to help the next person they sent to interview after me.

It seems there is a conflict of interest and cannibalization when you send two people for the same position.

That’s exactly how recruiting agencies (headhunters) work. Unless this is some unusual situation where you are paying the agency a fee to get placed (Please don’t ever do that!), the agency’s customer is the employer, not you. The employer pays a fee to get a job filled.

On a typical assignment a headhunter will submit several candidates to an employer, not because the headhunter is gambling, but because the client wants several candidates from which to choose. The goal is to fill the job, not to get you a job. Even if this is an employee-fee agency, I doubt your agreement with the agency prohibits them from submitting other candidates anyway. But at your level, it’s safe to guess this is a traditional employer-fee deal.

Because this is how the business works, there’s nothing unethical about it. An agency will use whatever information is available to help them get one of their candidates hired, including anything you told them during your debriefing. When you think about it this way, there’s no cannibalization or conflict of interest. The objective is to fill the job with a candidate, any candidate.

I wouldn’t hold it against the recruiter, but in the future I would refrain from telling her anything that might help another candidate from the firm to compete against you. Don’t compete with yourself or with the headhunter’s other candidates.

How the headhunter gets paid

This reminds me of a learning experience I had when I first started headhunting. It illustrates how headhunters get paid. I submitted a candidate to a company and they hired him without telling me. When I complained, they said they had received the same candidate from another search firm that was paid the fee. I was livid. My boss sat me down and explained the rules. I learned my lesson. Headhunters don’t have any exclusive control over a candidate. (See How long does the headhunter control me?)

When I confronted the candidate I had “lost,” he sheepishly admitted he’d already interviewed at the same company in another department. Did he behave unethically? I’m not sure about that, because his goal was to get a job. Did he know he was putting me in competition with another headhunter? Let’s call it an error of omission. Sure, he should have told me, but not for the reason you might think. In this case, the candidate was lucky. He might have gotten rejected for both jobs if the company realized it was interviewing him through two sources at almost the same time, because employers don’t like getting into the middle of fee fights between headhunters. If I’d started a legal battle for that fee, I would have lost — but the company’s lawyers probably would have advised that the employer stop dealing with both search firms!

There’s nothing you can do but decline the interview or avoid headhunters altogether, but why would you do that? More important, now that you’ve been rejected by that employer, and now that you know other headhunters at the agency work on similar jobs, ask about other opportunities they may be working on. Optimize your chances of getting placed by learning how headhunters work. But please remember that the agency’s business is to fill a job — not to find you one.

I know you’re frustrated. This is why I tell job seekers not to rely too much on headhunters! These articles might be helpful:

If you need in-depth advice about headhunters, please check my PDF book, How to Work With Headhunters — and how to make headhunters work for you.

Hope it goes better next time!

Have you ever had a rude awakening when working with a headhunter? Do the rules of this game confuse you? What would you like to know about how headhunters operate?