Jobs plentiful! Pay is up! But, how are you doing?

In the January 10, 2017 Ask The Headhunter Newsletter, we attempt a reality check — about jobs. Disclosure: I wrote a snarky column to start the New Year. But it’s not as snarky as the news.

Nick, I know the newsletter has been on vacation over the holidays, but have you been reading the jobs news? Am I crazy, or do people really believe unemployment is down and pay is up? That there’s suddenly a job for anyone who wants it? That all our troubles are over? Man, sign me up for a new job for 2X what I was making when I had a job! 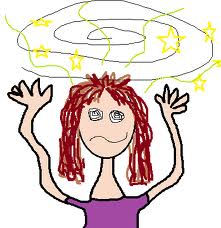 During my Christmas break, the news kept coming hot and heavy from the U.S. Department of Labor and associated pundits and experts: You should stop complaining about jobs and salaries. Everything’s great!

I’m sure you’re reading the same good news, but all I want to know is, does this reflect your experience with the job market and employers? Or is your head spinning?

In the past few days, the DOL reported:

You’re getting paid more and employers are working harder to hire you!

And get this: Labor shortages may become more common. Employers are going to be begging you to take a job! I hope that makes you feel better if you’re facing a shortage of exactly the one job you need to pay your bills.

But then there are the gotchas from from the DOL reported by Bloomberg:

Oops. And try this double-talk on for size:

The Associated Press isn’t being left behind:

Uh… apply the grammatical logic tool to that one and you get… More Americans are without jobs!

Yes, that means many, many Americans are screwed, but they’re probably not educated enough to parse those sentences to glean the economic reality. But when they try to pay for food next week, they’ll grab their pitchforks and torches.

And don’t miss this troubling factoid: The “routine work” that pays middle-income wages is disappearing. But the good news is, those of you doing “higher- and lower-paying jobs” should have no trouble finding work! Tech jobs have “soared” 42%. Hotel and food service jobs have “jumped” 19%!

Apply the grammatical logic tool to that one and you get… Middle America can’t find a job!

There’s more, but your under-paid, under-fed or unemployed (or under-employed) brain probably couldn’t take it.

The jobs news is so contradictory that nobody knows — or will admit — what’s really going on. While the government, economists, banks and pundits spin a story that makes heads spin, I think the wisdom about all this is in the crowd. The people living, succeeding, failing, giving up, dropping out, scraping by and dying in this economy have a clearer picture of what’s really going on than what’s being reported.

How are you doing?

Early January of a New Year is a good time to sweep away the news and ask you — How are you doing in all this? I think we all want to know what’s really going on in our economy and job market.

I don’t think we’ll sort this out, but we can do a more honest job of discussing the truth than the news pretends at!