I don’t know who I feel more sorry for: Job hunters or employers. LinkedIn has introduced a new button that lets you instantly apply for a job — no resume, no cover letter, no effort. It’s instantly dumber for everyone concerned. (From Mashable: LinkedIn Launches Button That Lets You Apply for Jobs.)

The last thing job hunters and employers need is a quicker, easier way to apply for a job. What we need is more prudent, thoughtful, and careful job hunting and hiring — which means improving the process, not speeding it up. LinkedIn’s new button puts the emphasis on getting an application in quickly — while LinkedIn’s founding philosophy is that making good contacts and cultivating relationships requires effort and patience.

It’s dumb ideas like this that instantly put you into even more mindless competition with thousands, if not millions, of other instant applicants. This is why employers find themselves sorting through more and more drek applications. A bigger, fatter pipeline with a button that accelerates the flow of crud doesn’t improve recruiting and hiring. It instantly devalues LinkedIn’s equity in the personal networks it has worked so hard to facilitate.

LinkedIn, the bastion of online “social networking” and “relationships,” seemed to have taken a smart turn when it announced its “careers” initiative a few months ago. The company would offer tools to help employers and job hunters find one another, using LinkedIn as their path to personal contacts that yield the best working relationships.

The social networking company started building a new career service by hiring some top-notch business development folks from top-tier companies — implying it was going to build on the success of the networking tools it has become so famous for. Then LinkedIn drove off the road, and picked up churn-’em and burn-’em sales people from the big job boards and — Presto! — LinkedIn is now dumbing down hiring and job searching, just like Monster and HotJobs and CareerBuilder.

What’s the brilliant new idea these sales nomads from the job boards dragged in the door? Now you can apply for a job with a button.

A Button for The Drek Pipe

Gimme a break. We’ve seen it before: A hot company does an IPO and suddenly loses sight of its essence and turns the reins over to a management team with a solid history of selling commodities faster and harder. Where LinkedIn once preached use your contacts and your brain, now it’s selling volume and instant.

The highly-motivated new hires that LinkedIn originally brought in to launch the careers initiative — we’re talking cream-of-the-crop, seasoned relationship-builders from some of today’s leading companies — were given marching orders to extend LinkedIn’s dominance in social networking into the career sphere. That’s what lured them to LinkedIn. And it all sounded great: a natural extension of one of the most valued brands on the Web.

But in short order, LinkedIn went from selling the value of networking and personal relationships to dialing for dollars and pulling a Ladders-type about-face. (Remember TheLadders’ “exclusive” services for “executives only?” What a promising concept! Today TheLadders is just another job board selling database access for $15/month to any sucker who’s inbetween HotJobs and Monster.)

Like a lot of entrepreneurs with a great idea, Reed Hoffman implemented his idea as a database. Like a lot of great concepts supported by databases, Hoffman’s great idea became the database — with the result that LinkedIn’s database is now the product. It’s far easier to expand a database and to sell access to it, than it is to think up new ways to make personal relationships generate profits.

It seems LinkedIn has abandoned the concept that made it so successful. 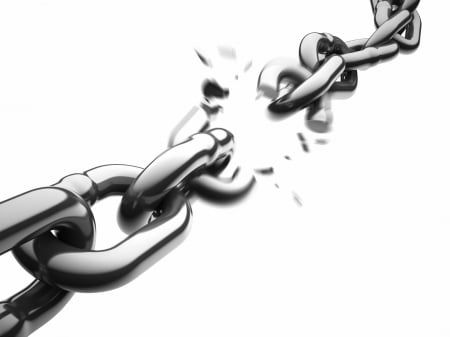 The impressive business development and relationship-building experts the company hired last year found that their long-range objectives had suddenly morphed into boiler-room-style monthly quotas. They were told to hit the phones and start burning through call lists. Selling the commodity and closing quick deals became more important than developing relationships that would lead to long-term business. The word on the street is that LinkedIn’s primo new hires, who believed in the mission, found themselves cast aside.

Their replacements, a second-string crew of telemarketers (reportedly including some from the likes of Monster.com), were closing deals with employers — but hardly relationship-building deals. Word got out that companies would sign up to search the database to make one hire, then bolt. The telemarketers weren’t selling a relationship with LinkedIn. They were hawking short-term access to a database, slapping the high-quality LinkedIn brand on Monster.com-level services.

It looks like the promising links between career development and thoughtful networking via LinkedIn snapped.

I held off on commenting on what I’ve seen, hoping that LinkedIn was just straying momentarily from its mission to link all people and all companies into an incredibly facile network based on knowledge and solid relationships. I hoped LinkedIn would get back to the knitting. I visited Linkedin.com’s About section, hoping to find LinkedIn’s mission statement, or at least a definition of what the company’s objectives are; something that would indicate the company could find its way back. To my surprise, LinkedIn has no statement of purpose, or even a definition of what the company does. Not unlike TheLadders, LinkedIn defines itself by its database and with statistics about all its members. There’s not a word about the value of relationships and connections. It’s all about the database — the path to job board perdition.

Then I saw the announcement in the Mashable article: Just push the LinkedIn button. Says Mashable:

How much dumber can the career industry get? Job boards have turned HR departments into swill pots of incoming drek from job hunters who have learned to play the numbers and apply for every job they can find, whether it’s a fit for them or not. There are more inappropriate candidates in HR’s inbox than ever — and now LinkedIn makes applying for a job no more thoughtful than liking a website.

LinkedIn’s great accomplishment is to make job hunting an “impulse buy.” A drive-by app. Dumber than dumb. Could the database whizzes at LinkedIn already be busy building that mobile app? Drive by a company, submit an application via your smartphone! See a product ad or an article about a company? Scan the code and Bam! your application is in! It could be a great place to work! Don’t hesitate!

Ever wonder why employers never call you back or return your calls after you go on a job interviews? This is why. Expect more of it.

Just Another Job Board: Wishful thinking for dummies

On the comments section of the aforementioned Mashable article, reader Mike Young says:

“Awesome! Now all we need is an “Apply All” button so we can make the job apps fly.”

Mike Young sounds like he’s kidding. But LinkedIn isn’t. LinkedIn just made it easier for Mike to act dumb (if he chooses), and easier for employers to be dumber. LinkedIn could post its mission statement as one simple sentence: Wishful thinking for dummies.

Good jobs come from great personal contacts and from the hard work of building solid relationships. (If Reid Hoffman is reading this, Remember why you started LinkedIn? Do we need another job board?) There’s an astonishing amount of talent on the street today, due to our uncertain economy. Rather than recruit intelligently, employers waste untold overhead dollars “processing” millions of inappropriate incoming applications from thoughtless job hunters who believe the more jobs they apply to, the better.

Now LinkedIn has created a button to make it even easier to apply for any job that comes along. (What’s the harm, eh? The more, the better! HR departments will love it!)

George Carlin had a great line: Suppose you could have everything in the world? Where would you put it?

LinkedIn was a great idea. It could be fostering a whole new era of job hunting and hiring, by showing people how to cultivate relationships and parlay them into opportunities to work together. But rather than raise the bar, LinkedIn’s career team is taking a reductionist approach. Rather than delivering the hope of good relationships by teaching people how to behave smarter, LinkedIn is selling a database.

Rather than create new career services based on the company’s trademark networking and relationship-building, LinkedIn has allowed its brand to be commandeered by the same people who brought you “better living through job boards.” Having turned Monster.com, CareerBuilder, and HotJobs into useless data dumps, they’ve glommed onto LinkedIn as a Great Brand ripe to be ransacked. But the brand can’t cover up the same-old dumb business model that cheats employers of their time and money, and job hunters of good job prospects. 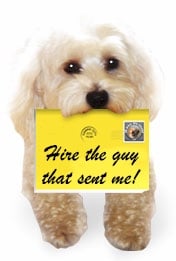 Get Back to Work

LinkedIn is still a good idea, but if you want to use it to find a job, you’re better off using it the way it was originally intended. You have to invest your time to develop relationships that LinkedIn merely helps you start. You can’t send LinkedIn, like a dog with a note in its mouth, to apply for a job for you.

Don’t be a dummy. Don’t get suckered into another job-board-style “career service” that will do the work for you. No one can do this for you.

Check out Jason Alba’s LinkedIn For Job Seekers. Alba teaches you how to exploit the LinkedIn database by using your brain to develop and cultivate healthy relationships by doing a lot of hard work.

If you push the button, your naked LinkedIn profile instantly arrives — and sits — in some personnel jockey’s inbox while the job hunter who carefully cultivated a personal contact is already talking to the hiring manager. And you just look dumb and dumber by the minute.