A Startup Is Selling Referrals for Jobs at Facebook, Google, and Amazon 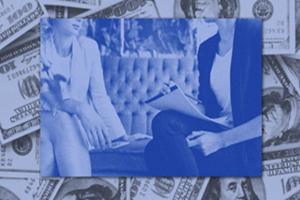 If you’re looking for a job at a tech company like Facebook, Amazon, or Google, you’re probably also looking for a referral. Just buy one. Rooftop Slushie, a website created by the makers of the anonymous tech forum Blind, has facilitated more than 11,000 referral purchases since launching last year, Daniel Kim, the site’s product manager, told OneZero.

Candidates fill out a form listing their desired companies and the amount they are willing to pay per referral — usually between $20 and $50, according to Kim — and upload their resume. Verified employees at the listed companies, known as “vendors” on Rooftop Slushie, can view their resume and asking price, then decide whether or not to accept their offer. Facebook and Google referrals, according to Kim, are the biggest sellers.

After purchasing a referral, candidates will often receive a confirmation email with the next steps from their desired company. If candidates don’t receive a referral from the vendor, they can email Rooftop Slushie for a refund.

When asked if selling referrals for a small fee was an ethical concern, [one] vendor quickly dismissed the notion. “Whether or not a candidate gets a job is beyond my control,” he said. “There is no silver bullet to making it through the recruitment process. It’s really a coaching platform.”

What do we know about a company when its employees will openly take bribes for referrals to their boss about a job? We know Amazon, Google, Facebook and other employers have lost control of recruiting and hiring. When an online pop-up store can charge $50 for “referrals” to a company’s recruiter, you know one thing: that company’s HR department is running a numbers game. Stay away from HR, especially if you have to ante up to submit your resume. (See also 10 reasons your company’s HR can’t fill jobs.)

Is this practice ethical? Would you pay Rooftop Slushie to bribe somebody for referrals to a recruiter? What does this “business model” tell us about America’s Employment System? Most important, how does this really affect your ability to get a job?

Just how stupid is Google about interviewing?

So I get back from a week-long trip to the San Francisco Bay Area and find a slew of e-mails from readers who wanted to share a link to this hilarious article in The Atlantic:

And every Ask The Headhunter reader who sent me the link offered a sarcastic remark on Google’s notorious practice of asking interview questions like this one:

How many golf balls will fit into a school bus?

Laszlo Bock, senior vice president of “people operations” at Google is quoted in the article:

“We found that brainteasers are a complete waste of time… They don’t predict anything. They serve primarily to make the interviewer feel smart.”

Well, anyone who reads Ask The Headhunter already knew that.

But in career circles, Google’s idiotic practice was of course lauded and marked as state-of-the-art interviewing technology. The emperor’s imaginary clothes were beyond reproach because, after all, it’s Google.

This revelation wouldn’t even be worth noting if not for Bock’s explanation of what Google does today in job interviews:

Bock says Google now relies on more quotidian means of interviewing prospective employees, such as standardizing interviews so that candidates can be assessed consistently, and “behavioral interviewing,” such as asking people to describe a time they solved a difficult problem.

Standardized interviews
A list of canned questions designed to make sure everyone is inteviewed fairly and without discrimination.

Yo, Google: The point is to find the candidate who has an unfair advantage over every other candidate because they’re the best candidate — and you can’t assess that by making sure you ask every putz who shows up the very same questions. (Imagine trying that with the next five people you go on a date with.) The point in a job interview is to discriminate! To discriminate means to identify key differences and to carefully select the person that stands out as different from the rest and best suited to your needs. “Standardized inteviews” tie a manager’s hands and turn interviews into a meatgrinder.

Behavioral interviewing
This is a tried and dopey interview technique that HR consultants invented to justify their sorry existence and bloated fees. It’s named after what’s missing in the method entirely: behavior. That’s right: There is no behavior in the behavioral inteview. It’s all talk. These interviews are about what you did last year, two years ago, or sometime in your life:

So, the last three women I dated really liked me, and I bought them flowers now and then, and took them out for dinner, and listened to them tell me their problems. I’m a great guy. You can ask them. So, will you marry me?

What you did last year is not a good reason for hiring or marrying (or even dating) you. How you solved a problem two years ago tells us nothing about how you’ll tackle the specific problems and challenges a specific manager at Google is facing today. Not any more than being able to guess at what you might charge to wash all the windows in San Francisco.

Yo, Google: Ask each candidate to show you how he or she would do this job today, tomorrow, next week, next month, this year! Put them in front of the work and let them show you.

Or, they could just put on one of those “arrow through the head” props and ask job applicants how they think it got there. Seems to me Google is still pretty stupid about inteviewing.