During a recent webinar I conducted for Harvard Business School alumni (November 3, 2010, Can you stand out in the talent glut? Discussion here, and more audio here), we considered that one of the key hindrances to standing out is job boards, especially TheLadders.

What does TheLadders do to enhance anyone’s job hunting prospects — especially C-level executives? Virtually nothing, nada, zippo, zilch. This most flagrant faker among the job boards, which pretends to be exclusive and “$100k+”, is the source of hires less than 0.07% (yes, that’s percent) of the time, among employers polled. (Source: CareerXroads survey, p. 19)

UPDATE March 12, 2013
A consumer protection class action suit has been filed against TheLadders. If you believe you’ve been scammed by TheLadders, you can join the suit by contacting the law firm that filed the complaint. More here: TheLadders sued for multiple scams in U.S. District Court class action

Here’s an audio excerpt (approximately 5 minutes) from the Harvard webinar, in which I review the numbers run by an exasperated and angry CEO-level Ladders member, who concludes that “TheLadders is a long-shot Powerball lottery tucked inside a well-oiled public relations machine.”

Mike — a C-level executive who paid monthly fees to TheLadders for 22 months without any success — conducted a simple and reasonable analysis of the probability of landing a C-level job through TheLadders. (His actual analysis is much more detailed, including research into the C-level job market and the populations of various types of job hunters in the current market, utilizing Department of Labor data and other resources.) The nuts and bolts of his analysis were generally based on these steps and assumptions:

Note that we used 902 jobs, rather than the more-likely 649 C-level positions listed with TheLadders. In that scenario, your odds of getting mated to a job through TheLadders would require a turkey baster — about 0.14% in the most defensible case.

It’s no surprise at all that after a series of full-frontal attacks on TheLadders’ ridiculous claims about “Only $100k+ jobs” in its database, with this blog among them, TheLadders quietly eliminated the big, bold claim on its home page:

TheLadders folded: No more “Only”

Not “only” were TheLadders’ paying members crying “fraud” about sub-$100k job listings; they were also complaining that after canceling the service, TheLadders continued to ding their credit cards for the monthly fees.

Yo! Marc Cenedella! Yah — you there, in the Shakespearean e-mail writing garb! If  TheLadders has given up the ghost on “Only” $100k+ jobs in its database, then what the hell are you selling to Premium Subscribers for $35/month?

No news outlet and no recruiting industry pundit seems to have picked up on the fact that “Only” is gone — and that TheLadders finally folded and took down its fraudulent promise. Did we miss the press release? Or, maybe it was in one of those e-mails?

“In 22 months time as a Ladders Premium Subscriber and resume customer, I didn’t receive a single legitimate call from an employer or recruiter in response the many applications I filed. Not one interview, not one follow-up call. I did, however, receive many unwanted and useless solicitations from other sources who ‘rent’ or buy TheLadders database.

“TheLadders is a long-shot Powerball lottery tucked inside a well-oiled public relations machine.”

This week’s Ask The Headhunter Newsletter features a related experience from another frustrated job hunter, who gets calls from one recruiter after another, pitching to her the very same job she’s seen elsewhere on the Internet. Now she understands that “recruiters” only amplify the job-board racket produced by companies like TheLadders — and that the whole system does little more than promote the territorial micturations  of packs of wild, barking dogs.

It took Mike a long time, but he figured out this scam and shared his thoughts in a series of e-mails. Finally, Mike landed a job. Here’s what he really learned:

“Now that I have a CEO job with a thousand people in my organization, I have seen perhaps 15 new hires in the last 60 days. All of them were recruited through networking and word of mouth.“

TheLadders CEO Marc Cenedella sends out his routine carny-barker e-mails, “encouraging” his down-and-out C-level customers to keep a stiff upper lip and a positive attitude — telling them those $100k+ jobs are out there. His customers just have to be smarter and more dedicated to the job hunt than their worthy Ladders competitors.

“And job-seekers like you know that the jobs here are hand-screened by two human beings to make sure they’re $100K+ before we let them onto the site.”
– Marc Cenedella

“Since we don’t have a direct way of knowing the pay range of each of these positions, we make an estimate…”
– Andy, TheLadders Customer Service 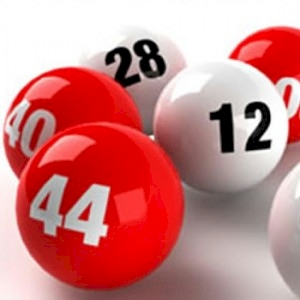 Once again, we call bullshit on you, Marc Cenedella. TheLadders is a racket. The numbers themselves point to the dirty secret behind your public relations campaign. Just how long will desperate job hunters buy your missives about $100k+ jobs, when it is simply irresponsible to believe there are anywhere near the number of such jobs available to justify your claims and your promises to the suckers you charge each month for the job listings you collect from other websites?

It took just one sucker-punched, number-crunchin’ CEO to show very simply that TheLadders is no better than a Powerball lottery propped up by ridiculous ad copy.

Marc Cenedella, you owe a lot of people a lot of apologies and a lot of refunds.

Now a word to C-level executives who buy and eat TheLadders dogpile every day: Wake up, slap yourselves in the face, and avoid the interview question that I’ve long fantasized some board level executive ought to ask you when you finally get that meeting about a job:

[Special thanks to Mike The CEO.]