What to say to a stingy boss

In the April 8, 2014 Ask The Headhunter Newsletter, a reader says her boss “gave her a raise” by hiring another employee:

I have been with my current employer for six and a half years. I was promoted six months ago from administrative assistant to assistant manager. I got the title but no pay increase. Since being employed with this company I have not received any type of raise, only an occasional small bonus (less than $600). I recently asked the owner about a cost of living raise. His answer: “I did give you a raise when I hired a new person for your department. This took a large work load off you and that in turn was your raise.” 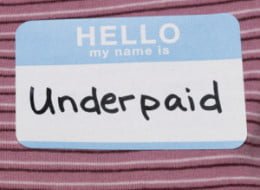 I almost fell out of my chair. I try very hard to be an optimist, but I am still trying to wrap my head around his response. I have proven that I have been very committed to this company. I have streamlined daily duties to save time, and I have found ways to save him thousands of dollars in operating costs. My boss informs me often that his clients compliment him on my professional skills and follow-up. I have a file of examples, but still I am not worthy of even a cost of living raise. My new co-worker was hired at the same time I was given a promotion in title only. She managed to negotiate $8,000 more than I am paid, with two years of experience against my six years. The only benefits that I receive are three weeks vacation. No retirement, no health insurance.

My boss also made this important statement: “I don’t believe in giving raises. People should learn to live within their means.”

My fire was ignited. A still small voice inside me is screaming saying, don’t settle, have courage, and as my father would say, go out there and shake those bushes.

I do apologize for the roundabout explanation. Do I stay and accept no pay increase ever, and just accept that maybe someday I can possibly make an increase in salary when my current manager retires in 10-15 years?

Or should I just go for it and test the market and just see what might be on the other side of that door? I will admit, I am old school when it comes to changing employers often. I tend to be very loyal. What makes me stay? I really do enjoy my work and I enjoy finding ways to save money. It’s a challenge for me. But now that I realize there will be very little compensation in my efforts, I feel defeated to say the least. My resume is ready. I’m the only one holding myself back.

Thank you so very much for all the information you have put together for people like me. I greatly appreciate any insider tips to help me navigate my way in a southern good ol’ boys business world.

Your note reveals to me that you are a class act. A bit naive, but classy.

Loyalty goes two ways. If you’re giving your employer your best and he’s failing to recognize your increasing value to his business, then he’s not being loyal to you. I’m not trying to stoke the fire of discontent, but I don’t think you have anything to feel guilty about.

You’ve invested six years of your life in this business, and your boss has acknowledged your value to his customers. Now he’s given you a higher level job to acknowledge the growth of your skills and abilities. You are delivering much more value to him than you were when you were hired. (You’re a walking example of How to Build Value on Your Resume.) But he’s delivering no more value to you. 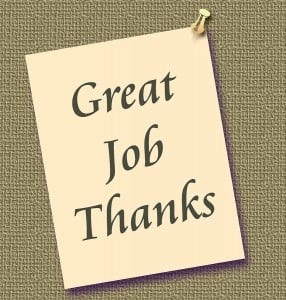 His statement that, “I don’t believe in giving raises. People should learn to live within their means” tells you all you need to know about this man: He’s taking advantage of you. My guess is that he’s earning far more today than he was six years ago, in part thanks to you. He’s not sharing that success. And as a boss, he’s not grasping a very simple but important idea about salary: That’s why it’s called compensation.

His statement that hiring a new person is his way of giving you a raise is a ridiculous insult. All I see here is a man with a very small mind who thinks he’s clever. But don’t begrudge your new co-worker her higher salary. Good for her for negotiating it. Her success is no reflection on you. (I discuss how to handle salary disparity in Fearless Job Hunting, Book 7: Win The Salary Games, pp. 16-17, “Why does he get paid more?”)

I’d take your boss up on his advice – live within your means. And your “new means,” with six years’ experience under your belt, include greater skills and abilities, and a higher value. Find an employer who recognizes that, respects it, and is willing to pay for it.

Keep in mind that searching for a new job always poses a bit of a risk. But I think doing nothing but accepting this man’s edicts is far, far riskier for you. If you stay, in another six years your self-respect and self-confidence will diminish, and you will indeed be worth less.

Your boss is wrong. Your father is right. Do it carefully and intelligently, but find yourself a better employer. (Let me caution you: Don’t look for a job.) Life is short, and as my best mentor told me long ago, “Never work with jerks.”

When you say goodbye to that fool, remember: Never complain, never explain. Do not express your dissatisfaction or explain why you are leaving, except to say, “It’s time for me to move on. Good luck.” (Nothing is gained by venting to an old boss except the venom he will spread about you.) So keep your standards and your head high. Rest assured that this man’s comeuppance will appear to him every morning when he looks in the mirror — while you earn what you’re worth.

When is enough, enough from a selfish boss? How do we know it’s time to say, so long? Have you been abused longer than you should have permitted? What pushed you to finally move on? What are your suggestions for this reader?