In the February 28, 2017 Ask The Headhunter Newsletter, the talent (a nurse) would rather walk dogs than work for kibbles and bits. 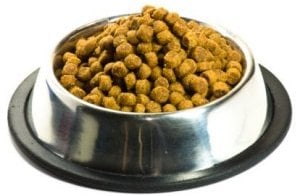 There’s no skills shortage, no matter what anybody says. If there’s a shortage why am I working as a waitress making more than I could nursing, which I’m certified in? I have a college degree, because I was told it was necessary in today’s market to compete. One interview after another is a waste of time. HR tells me I “look good” and to expect a call. And the permanent and contract offers I’ve gotten — I could walk dogs and make more. There’s so much talent that hospitals just wait for somebody who will work for peanuts. And they are rude. Does anybody want to hire an experienced RN for a living wage?

Two reports from the Pew Charitable Trusts issued late last year tell us a lot about the problems you’re describing — but you’re not going to like what they say:

A lot of healthcare facilities need experienced RNs (registered nurses) and require degrees. But they don’t want to pay for your degree and experience. I suggest you send a few quotes from Pew to your legislators.

“Hospitals, nursing homes, home care agencies and doctor’s offices, like a lot of employers across the country, have a specific resume in mind. Employers often want new hires to have experience in a specialty such as operating room nursing.”

They’re looking for perfect candidates. (See The Training Gap: How employers lose their competitive edge.) The problem is clear: Employers don’t want to invest in training, on-the-job experience and development, or in a learning curve. They want someone who’s been doing the exact job for three years already. The question is, why would someone like that change jobs just to get the exact same job?

Where are competitive wages?

Pew offers a suggestion that healthcare administrators should be spanked for pretending not to understand:

“A long-term solution for the nursing workforce also would have to resolve critical pay issues, including whether Medicare and Medicaid fee schedules support competitive wages, and figure out how to make sure nurses don’t get burned out and quit.”

“Employers also have a retention problem. Being a nurse is demanding, and new nurses, like new teachers, are particularly likely to leave their jobs: About 20 percent of new nurses quit within a year, according to a 2014 study.”

Duhhh… Do you think it has something to do with the fact that you can make more money waiting tables at a good restaurant? (For tips about negotiating a job offer upwards if you manage to get an offer at all, see Negotiate Even The Worst Job Offers: Say Yes, IF.)

This is not a problem just in healthcare. The Pew reports cover all kinds of jobs, and reveal that employers across industries are eyeing talent they want but refuse to pay for it.

“To [the head of Minnesota’s Labor Market Information Office] … the focus on work experience suggested that employers were being too picky. They wanted to hire someone who could be fully productive on day one. But at the same time they weren’t willing or able to pay enough to attract that perfect candidate.”

An accounting manager told me last week that his company — whose business and profits are “growing like gangbusters” — has a customer support staff of seven. “We really need 15 just to support the customers we already have,” he complained. “But it’s impossible to find qualified people.” I asked what the job pays. “$7.50 an hour,” he answered. “Our turnover is over 20%. It’s terrible.”

Pew suggests businesses’ eyes are bigger than their budgets. But it seems the real problem is a kind of cognitive deficit in the ranks of management.

“It’s worth noting that employers can’t always diagnose their own problems. Only 22 percent of employers surveyed by Utah’s Department of Workforce Services last year named low wages as a hiring problem, but 68 percent of those employers were offering below average wages.”

Someone is thinking steak, while budgeting for meatballs.

Then there’s the claim employers make that today’s workforce just isn’t well-educated. Or, is it possible that employers want more education than jobs require?

Pew hits the nail on the head again:

“The overwhelming majority of open production jobs across south central Minnesota don’t require a college degree, in fact. Nor do almost two-thirds of openings statewide.”

Yet employers ask for a degree — just because they can. It used to be a nurse needed only a certification to get a job in a hospital. It seems now hospitals want education they don’t need — but aren’t willing to pay for.

“In New York, for instance, there are more licensed RNs in the state than there are jobs for them. So employers are raising the bar, saying, ‘Hey, if I can get a [nurse with a] bachelor’s degree, why not?’ said Jean Moore, director of the Center for Health Workforce Studies at the University of Albany.” 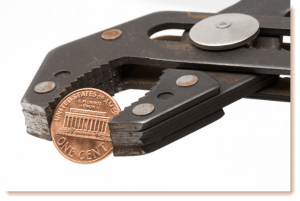 So there you have it. The Pew Charitable Trusts suggest employers are the problem, not nurses, or anyone else. While more training and education can certainly be beneficial to anyone who wants to excel in their line of work, it seems employers think training, education, and talent shouldn’t cost much to hire.

I wish I could give you an answer to your problem. And I wish the Pew reports covered the other elephant in the room — recruiting tools used by employers that make it easier to reject good applicants than to hire them. For more about that, see Employment In America: WTF is going on?

Meanwhile, what are we going to do about cheap employers?

Is there a talent shortage, or a shortage of good pay for good workers? Are modern, automated recruiting systems the solution, or do they just make it easier for employers to reject imperfect job applicants who won’t work for peanuts?