Does it matter? Here’s what matters: The company that took the first bust under this new law reveals a lot about Stupid Recruiting. 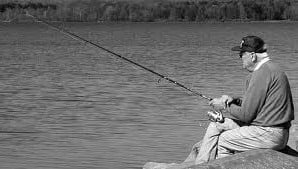 CEO J. Michael Goodson explained Crestek’s recruiting strategy. The job posting for a service manager included the requirement, “Must be currently employed” because Crestek wanted someone “at the top of their game and not people who have been unemployed for 18 months.”

Now for the punchline: According to the Star-Ledger, Goodson “spent three years seeking the right person and sifting through resumes was time-consuming…” [Emphasis added.]

Recruiting is hard work: You have to sit and wait an awfully long time.

This $185 million company spent three years trying to fill a position so important that the CEO waited leisurely for a resume to come along and nibble on his job-ad line. Translation: Hiring what comes along. Gee — I wonder how much it cost Crestek to leave that job unfilled for three years while Goodson sifted incoming resumes. Did it ever occur to Goodson to go out and find, cultivate, cajole, steal and otherwise recruit the person he needed?

Waiting for job ads to deliver a top candidate to your front door is like waiting for customers to show up. Doesn’t Crestek have a sales force that goes out to find customers? Then why doesn’t Goodson get out there to find top talent? Why is this company banking its future on want ads? I can see Goodson’s next initiative: Fire the sales force and run more ads!

Why did this company resort to warning jobless applicants away? “This was the only time we ever advertised that way and we only ran it when the other ads failed to produce any viable candidates.”

Ahhh… this was an experimental, state-of-the-art job ad. A new way address the talent shortage. A brain fart.

Remember the talent shortage? 4.2 million Americans are out of work, and almost half a million of them in New Jersey. Not one qualified applicant came along while Crestek was dipping its line in the water. Must be the talent shortage at play — or poor management?

Says Goodson: “For this job, I wanted somebody that’s in the service business and is employed. If someone is out of work for 18 months, my concern would be that their last job was in a bakery or pumping gas.”

If I were looking for a job at a good company, my concern would be that the service manager’s job at Crestek was empty for three years because the CEO didn’t know how to fill it. I’d wonder whether the the company might be better off if the CEO would go pump gas.

Running ads and waiting for Mr. or Ms. Right to show up at your company is passive recruiting and poor management. Now that the CEO has tripped over his tangled recruiting line, Crestek’s corporate resume has been updated with a rap sheet for violating New Jersey employment law. But no state in the union fines companies for Stupid Recruiting.