In the July 29, 2014 Ask The Headhunter Newsletter, a reader doesn’t feel like doing a solo job interview:

What do you think of an employer that uses a video service such as Montage to conduct its pre-screening of job candidates? I was recently asked to do this and found the experience awful. You don’t get to hear responses played back before submitting them, and there is no conversation with the interviewer. 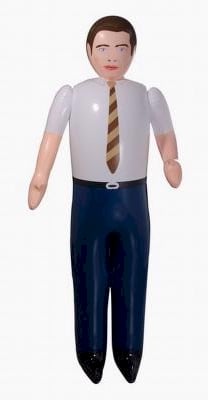 I think it’s bulltarkus. Any company that asks you to do an interview by yourself on video might as well hire an inflatable doll. If an employer asks you to invest your time to apply for a job while it avoids investing time in you, think twice before doing it.

In fact, I think the decision to interview you by yourself on video was made by an HR doll that was inflated by a very lonely venture capitalist who will end up unsatisfied. It’s all overblown.

The Journal Sentinel reported that Montage — the Talk To The Doll App you’ve encountered — was funded to the tune of $4 million by Baird Venture Partners and — get this — the State of Wisconsin Investment Board. All you need to know is this comment posted to the article: “Very simple technology that will have little value in the future. It’s a groomed Skype with recording abilities.”

Montage is a “solution” that only a puffed-up HR executive with too big a budget could love. Next time, insist that a human show up to interview you.

WTF is up with venture capitalists (VCs), anyway? Didn’t we just cover a bunch of venture embarrassments in the recruiting space? The Stupid Recruiting Apps just keep coming, and you need to watch out for them.

Montage is just one notch up from another new app, Yo. According to The New York Times, Yo raised $1.5 million from Betaworks and other investors. Yo makes a “new smart phone app whose sole purpose is to let people send text messages saying ‘Yo.’”

“People think it’s just an app that says ‘Yo.’ But it’s really not,” said Mr. Arbel, one of Yo’s founders.

Rumor is that several Fortune 500 employers will be notifying job applicants whether or not they were hired with one word: Yo. “We like to call it context-based messaging,” says Arbel. “You understand by the context what is being said.”

Ask The Headhunter readers will be relieved to get any sort of feedback after their job interviews. (See Question 4 in 4 Tips for Fearless Job Hunters.) But, can’t we send one-word Tweets without having an app that sends only one word? Yes? 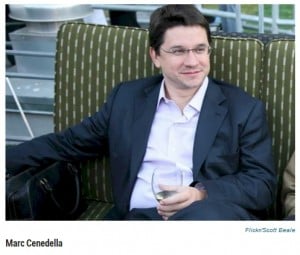 This is not to suggest there aren’t some seasoned recruiting industry veterans getting funded today. The former CEO of TheLadders, Marc Cenedella, has what’s probably the winning entry in the Totally Useless Apps category — Knozen. Business Insider says it’s “a new iPhone app that lets coworkers rate each other’s personalities anonymously… it’s like Yelp is for restaurants.”

I’d rather have an employment app that’s like OpenTable — it would guarantee me a place at the table! VCs including FirstMark Capital, Lerer Ventures and Greycroft Partners gave Cenedella $2.25 million. And here’s where you — the job seeker — come in. Business Insider reports that, “Eventually, Cenedella wants his app to become a ‘personality API’ that businesses can tap into during the recruitment process.”

Uh-oh — Cenedella is talking tech: API. So’s Yo investor John Borthwick: “over time [Yo] has the potential to become a platform.”

You can’t make this stuff up. “Cenedella feels Knozen is an extension of the work he was doing at The Ladders, a career site that matched executives with job opportunities that paid six-figures.”

And how’s Cenedella’s last start-up faring? Today TheLadders is fighting a consumer class action in Southern New York District Court for breach of contract and deceptive practices. Word is his lawyer dolls are keeping Mr. C. out of breath.

“The Ladders was about showing the intangible qualities of yourself to employers,” says Cenedella. Yah — actually, it was about letting you lie about your salary to employers so they’d interview you for “$100K+ jobs.” (See TheLadders: Job-board salary fraud?) Does Knozen somehow guarantee honesty?

How does Cenedella explain that TheLadders is now a Hazbeen while Knozen is new and cool? “I got more interested in how people present themselves when they’re already in a job, not hunting for it.” No shit. One Business Insider comment sums up this start-up: “Stupid app. Nark app.”

I usually limit the levity and try to rise above all this. But when:

Then it’s impossible to keep a straight face. We’re talking about a total of about $8 million worth of phony “recruiting technology” that you might face when you apply for a job.

So what’s my advice? Do what my mentor Harry Hamlin taught me: Use your judgment, and do the best you can. Then remember what my other mentor, Gene Webb, said: “Never work with jerks.” And don’t talk to inflatable doll interviewers.

Are new recruiting apps helping you land a job? Who’s become more stupid — venture capitalists, or employers? Want to buy an inflatable doll from me — to send to your interviews?