Zuckerberg plan cuts pay for up to 50% of Facebook employees

Source: arsTECHNICA
By Timothy B. Lee 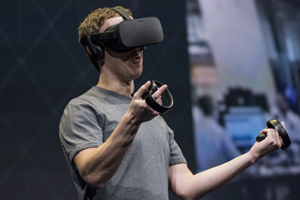 “We’re going to be the most forward-leaning company on remote work at our scale,” Facebook founder and CEO Mark Zuckerberg announced in a Thursday livestream to employees. “I think that it’s quite possible that over the next five to 10 years, about 50 percent of our people could be working remotely.”

Some Facebook employees will be eligible to request remote work status and relocate to another metropolitan area. They might do this to be closer to family or to move to a city with a lower cost of living. But this option comes with a catch.

“Our policy here has been for years — is already — that [compensation] varies by location,” Zuckerberg said. “We pay a market rate, and that varies by location. We’re going to continue that principle here.” In other words, a Bay Area engineer who chooses to relocate to Omaha or Birmingham would take a pay cut.

Zuckerberg said, “we’re going to need everyone to tell us where you’re working from now.” He added that “we’ll basically adjust salary to your location at that point.”

Zuckerberg says that Facebook is “mostly going to rely on the honor code for this” — but not entirely. Facebook will check IP addresses to help detect people who lie about where they’re living.

“There will unfortunately have to be severe ramifications for people who are not honest about this,” Zuckerberg said. One reason for that, he said, is that Facebook needs to know where its employees live for tax purposes.

Leave it to Silicon Valley’s greediest CEO to boost profits by leveraging COVID-19 to induce up to half his employees to move out of the Bay Area so he can cut their salaries. Hey — that’s how I read it. If about 50% of Zuck’s workers go remote, FB will effectively cut up to 50% of its payroll, using what he calls “the honor code.” Do ya think Zuck sends lower Facebook stock dividends to investors in Greybull, Wyoming because their cost of living is lower than his?

Is an engineer that lives in Silicon Valley worth less when they move to Biloxi? How about if they get hired while living in Altoona? Should FB employees with fat mortgages and Lamborghinis get paid more because their cost of living is higher? Did you know that “offshoring jobs” to save money includes moving them to Texarkana? How would you negotiate your compensation deal if you got an offer from Facebook?