Who broke the labor market?

[This week’s Question is from a hiring manager who also asked for tips about how to adjust job interviews to increase the chances of making hires. We’ll cover that part of his Q next week.]

The current employment climate seems to be the new normal. At my company it’s just very difficult to get new hires. There’s a lot of speculation about why the labor market is so broken, but no one has really identified the reason. Do you have any ideas? 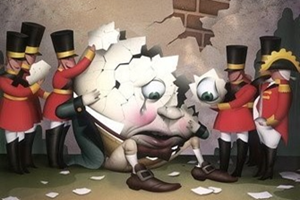 There’s certainly controversy about why so many jobs are unfilled. These are my opinions.

I don’t buy the argument that the temporary extension and expansion of unemployment benefits caused the problem. In other words, people are not riding so high on such benefits that they don’t want, or need, to work. We’d have to assume that those workers are idiots who ignore their long-term financial health to groove on short-term income. Recent reports seem to confirm that benefits didn’t create the labor shortage. USA Today reports that “people understand there’s no future in unemployment benefits.”

Are workers afraid of getting sick?

I do think fears of COVID infection make many people think twice about returning to the job market. [REDACTED and edited. Please see NOTE TO ALL at end of this column and before the Comments section.] But I don’t think this explains employers’ inability to fill jobs. All we need do is read the comments on many of the columns on this website. Many readers complain about how they’re treated during the recruiting process — so they are indeed “in the market” and looking for new jobs, whether they’re working now or not.

In a huge number of jobs, I also think low wages have had an effect on hiring and retention. The arguments against higher minimum wages have been laughable. In Who really needs a $15 minimum wage I expressed the opinion that “If your business can’t afford to pay a minimum $15 an hour wage, your business cannot afford to exist.” More important, employers large and small that have raised pay meaningfully seem to have improved their ability to hire and retain workers. (It’s easy to find examples online, so I’m not going to enumerate them here.) I think healthy businesses will realize they must plow more of their profits back into the economy via higher pay. This is also known as “sharing the wealth.” It’s a capitalist idea. But this won’t solve the larger hiring problem, either.

Or, is the employment system broken?

The problem of filling jobs today is, I think, so clear and simple that it’s going right over the heads of economists, legislators, employers, HR experts and job seekers alike. It’s a fundamental, structural problem we discuss on Ask The Headhunter all the time. America’s employment system itself is broken.

The problem is online job boards, automated recruiting, and indirect, reductionist interviewing and candidate assessment methods. They don’t work well at all, and they never did.

This wasn’t so evident when the workforce was mostly employed. The failures of applicant tracking systems (ATSes) and overly automated HR operations were easy to cover up in times of high employment. COVID put an end to that.

Suddenly, staggering numbers of jobs were vacated at all levels of employment. Now that we’re returning to some semblance of normal, the dirty little secret about our employment system is out. The trivial HR technology that employers have long relied on — databases and keyword matching — has been unable to put Humpty Dumpty back together again. Employers have not been able to reassemble their shattered workforces.

The workers are out there. But their expectations and requirements have changed. They want higher pay, safe working conditions, and better treatment. The keyword-matching technology can’t handle that.

It’s a job seeker’s market. Pay is up. Infection risk is down. So, where is the talent employers need to hire? I think it’s lost in data dumpsters that continue to isolate hiring managers from the workers they need. Employers can’t hire the right talent because employers lack the talent to recruit and assess the talent they need to hire.

The labor force has always known LinkedIn, Indeed, ZipRecruiter and their ilk never worked for them. If these matching services worked, job seekers wouldn’t howl about having to apply to 500 jobs to get one interview, which turns out to be for the wrong job!

LinkedIn would have employers continue to believe that “the right candidates are in there” — among its “700+ million members” — if HR will just pay to search the database. Indeed lets employers dive through its dumpster of “over 200 million resumes.” The ATS vendors sell “one stop shopping” where an HR department can search all the job boards simultaneously!

With staggering numbers of jobs to be filled, employers are wading through bigger and bigger data dumps of keyword matches. But workers are done with that employment system. I think they’re looking for more thoughtful, accurate, personalized efforts to recruit them. Job seekers have always responded best to personal referrals through people they trust.

How difficult is it for employers, hiring managers, recruiters and HR to understand that more is not better? Filtering the entire population of the United States twice over, every time you need to fill a job, is a fool’s errand, no matter how good your database tools are.

The workers employers need to hire don’t live in a database of 700 million. They circulate in relatively narrow, well-defined professional communities. They hang out with people who do the work they do, and the work they want to do. They’re not keywords. And they don’t live in databases. They respond best to employers and recruiters who respect them enough to find them where they actually live.

Some employers have figured it out. The reductionist recruiting tools they depended on for decades don’t really work — especially not in a job seekers’ market. These employers have learned to go where the right workers hang out, and to show they recruit intelligently and selectively — not stupidly and indiscriminately.

I don’t know whether my opinions and arguments ring true with you. I think much of the labor force is done with the ridiculous HR technology that has failed them for decades. It’s not that they don’t want to work or are not available to work in a safe, respectful environment at a fair price. I think they’re signaling that they’re not going to waste their time relying on a broken-down employment system that abuses them.

What’s your take on all the vacant jobs? Who broke the labor market? Where are all the workers?

NOTE TO ALL: Comments relating to vaccination controversies and political agendas have been and will be redacted or removed. I have even redacted the part of my own column that seems to have triggered such comments. My mistake. (If I have redacted a comment you have posted that you would prefer I delete entirely because you feel the redaction has changed your meaning, please let me know and I will delete it if you wish.) In over 25 years of running Ask The Headhunter, I’ve not had to delete more than a handful of inappropriate readers’ comments. It pains me to delete so many on this discussion. If you want to advocate political agendas of any kind, including about vaccinations and abortion, take it somewhere else. You’re welcome here only if you stay on topic.

This forum is about job search, recruiting, hiring and success at work and in life. Thanks to all who have stayed on topic. Apologies to anyone whose non-infringing comments may have gotten deleted because they were part of a deleted thread; please re-post if you like. Participants in the Ask The Headhunter forum have demonstrated the highest standard of conduct since its inception. I brag about that. I intend to maintain the standard even if I have to redact my own writing. Spirited, respectful discussion and debate is welcome while it’s on topic. Newcomers are welcome to participate! I will not tolerate political preaching, ranting, trolling, rudeness or personal attacks.