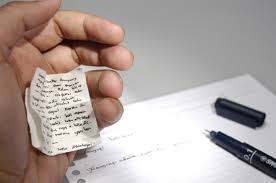 In the October 8, 2013 Ask The Headhunter Newsletter, a job seeker worries about taking employment tests:

I’m going on an interview shortly. I was told that prior to receiving an offer there would be some testing. I doubt there are any tests that relate to the job content of this particular job. What other kinds of tests are typically given, and what should I look out for? 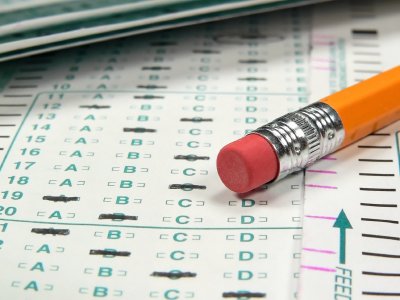 Employers routinely administer tests without notifying candidates what tests they’re going to give them. That’s not acceptable. You should ask the employer in advance exactly what tests will be administered to you.

Employment testing is a complex issue — there are ethical, legal, and practical considerations. I’ve got my own opinions, but I turned to an expert in employment testing for help in answering your question.

Erica Klein is a Ph.D. Industrial Psychologist who has worked in the field of strategic, competency-based selection and assessment since 1998. She develops and administers employment tests, and she’s taken virtually every kind of employment test herself.

Dr. Klein explains that, when they’re administered appropriately, “Tests can help employers predict who is likely to be successful in a job. In combination with interviews and experience and education screening, tests can provide employers with additional predictive value.” In other words, such tests can actually help you land the right job and avoid the wrong one.

Klein is also the author of Employment Tests: Get The Edge — a new PDF book from Ask The Headhunter. Dr. Klein steps out of her normal role interpreting research for the benefit of employers, to advise job seekers who take tests.

An article Dr. Klein wrote for the ATH website has been so popular that I asked her to write this 36-page PDF book for the ATH bookstore. It’s the only book that you’ll find that covers all 5 major types of employment tests — written to help job seekers.

What kinds of tests might you be given? Erica Klein says, “The most common pre-employment test is a combination of a cognitive ability (intelligence) test and a personality test. Other common types of tests include job samples, integrity tests and situational judgment tests.”

My concern is where a test comes from, because few employers actually create their own.

Klein explains: “Many employers purchase off-the-shelf cognitive ability and personality tests. If you want to research the tests ahead of time you can ask the employer which tests they use. Many employers will tell you but some may not. Even without specific information about the test you can still learn a great deal by researching the general structure, content and purpose of these tests.”

She offers four testing tips from her book:

Clearly, it’s up to you to ask questions and to do your own homework. But you’re not alone. The American Psychological Association (APA) has established stringent codes regarding the administration and interpretation of such tests. These codes dictate that the tests must be valid and reliable, and the results of the tests must be properly interpreted and shared with you.

So, don’t walk into a testing situation blindly. If you want to perform at your best, you need to know what to expect, and you should prepare in advance. If a company doesn’t abide by the APA rules, I’d decline to be tested. You’re not back in grade school, where tests are forced on you. You’re an adult, and you are not required to take any test unless you want to.

You also need to know whether and how the results will be stored — it’s a privacy issue. If you’re uncomfortable, ask questions before you consent until you are satisfied the testing will be conducted properly and how it will be used to judge you.

While some companies administer tests in ethical, appropriate ways, others have little idea what they’re doing–and that puts you at risk. Before you let anyone poke and prod at your personality, make sure you understand the potential consequences. All job hunters should visit the APA’s website to learn about their rights: Rights and Responsibilities of Test Takers: Guidelines and Expectations.

Did you know you have rights when it comes to employment testing? How do you prepare for employment tests? Do employers explain to you the tests and testing procedures in advance? Has your performance on a test ever cost you a job opportunity?