Do you discriminate against employers? You should.

How do you deal with online and phone interviews where they blatantly ask, “What year did you graduate?” Upon receiving the answer, they hang up. This is clearly age discrimination! 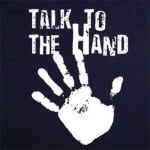 Well, you decline to answer, hang up, and chalk up another company you’d never dare to work for. In other words, you discriminate.

When employers rough up job applicants like that, it’s a sign that you’re dealing with jerks. They run through applicants like chaff in the wind; you can (and should) do the same to them.

And when you’re fed up with all the chaff in the wind, stop applying for jobs via ads. Start hanging out with people who do the work you want to do, make friends, build trust, get accepted, get referred, get hired. (See Get Hired: 3 steps to become the wired insider for the job.)

Just because 50 million people apply for jobs the way HR wants them to doesn’t make it right, smart, or productive. Just say no.

Go meet the people you want to work with where they congregate. That means it’s up to you. It’s not automated. Automated is a lie.

See How and when to reject a job interview. (This cuts both ways.)

40% Off all Ask The Headhunter PDF books!

Learn to get past the gatekeepers. Enjoy a Holiday Discount!
Overcome the daunting obstacles — like phone screens —
that stop job hunters dead in their tracks.

This week only, use discount code=MERRYATH
when you check out to SAVE 40%
on any  Ask The Headhunter PDF books 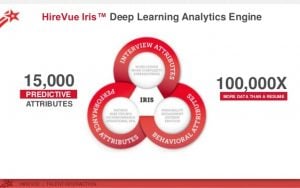